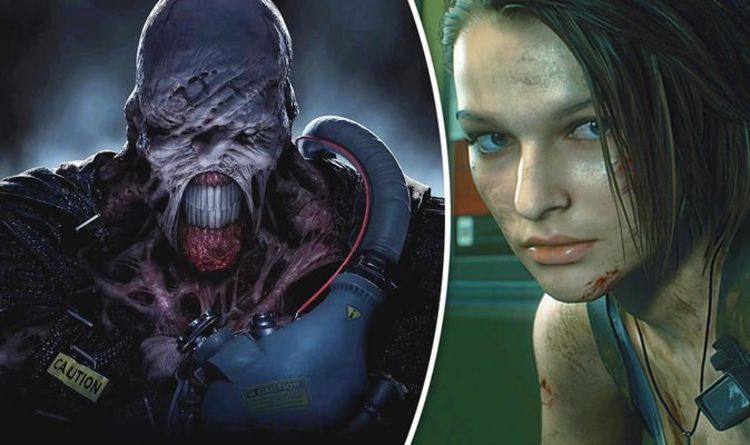 There’s something stopping the Resident Evil 3 Remake from being spoken about in the same breath as the original Resident Evil and its sequel.

Capcom’s latest blast from the past doesn’t quite hit the same heights as its forebears, but then again, neither did the original Nemesis on PSOne.

Its biggest problem is that it sometimes feels more like an action game than a survival horror one.

Take the Nemesis sequences, for example, which to my surprise are much different to the Mr. X sections from the Resident Evil 2 Remake.

Instead of slowly stalking you throughout buildings with only the sound of its footsteps to guide you, the Nemesis set-pieces are much more bombastic.

The Nemesis monster is louder and more explosive, bursting through walls, floors and buildings in its pursuit of Jill Valentine.

Its appearance is typically followed by a chase sequence where you have to slow it down with bullets and bombs, or traditional boss battles where the only way to move forward is to pump it full of explosives.

Because Nemesis is either there or it’s not, players are still largely free to explore Raccoon City at their own pace and soak in the eerie atmosphere. While that’s certainly not a bad thing, I did find myself missing the cat and mouse manoeuvrings of the Mr. X encounters.

Indeed, the Nemesis monster is big, fast and powerful – not to mention heavily armed – but the slower, more methodical Mr. X is somehow more menacing.

Resident Evil 3 is also missing that one really iconic location that brings the whole game together, like the mansion from the original, or the police station from Resident Evil 2.

Large parts of the Resident Evil 3 Remake take place in the streets of Raccoon City, as well as smaller buildings and locations with their own enemies.

Because there’s less back-tracking, item collecting and puzzle solving, Resident Evil 3 tends to rely on bigger set-pieces with even more zombies and a wider variety of terrifying monsters.

The Resident Evil 3 Remake does feel a lot more varied as a result, and the constant shift between environments suits the game’s faster pace.

It still features all the classic survival horror tropes like resource management and sporadic saving, only with more gun-toting battle sequences and corpses.

If Resident Evil 2 Remake made you hold your breath, the louder, faster and more explosive Resident Evil 3 Remake will leave you out of breath.

Express Online will update this review with its thoughts on Resident Evil 3 Resistance soon.