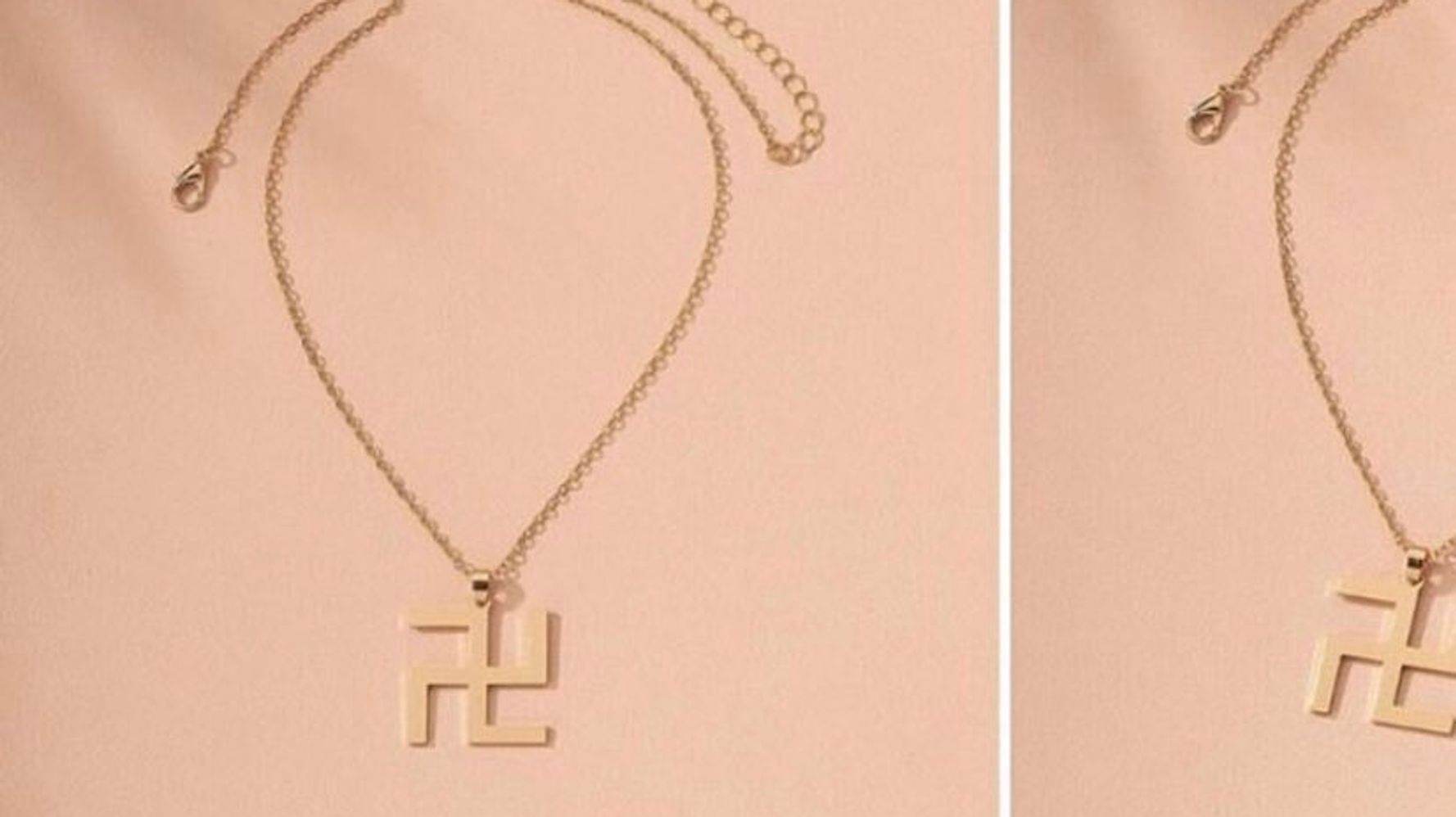 Online retailer Shein found itself in hot water this week when people discovered it was selling a necklace with a swastika pendant, prompting the brand to apologize for its “gigantic mistake.”

“Sorry we let you down,” the brand wrote in an Instagram post on Friday morning. “We made a gigantic mistake by selling a product that’s hurtful and offensive to many of you, and we’re so, so sorry.”

The post went on to say that Shein “listed a Buddhist swastika necklace for sale,” but that there is “simply no excuse for our lack of sensitivity.” The statement explained the history of the symbol in Buddhist culture, but acknowledged that “a different version” used by the Nazis “stands for hate” (the Nazi symbol faces a different direction than the one on the pendant, but is otherwise the same). “We should’ve been more considerate of the symbol’s hurtful connotations.”

Shein vowed to make “major internal changes so this does not happen again,” noting that it created a committee to “review products before they’re sold” and will no longer sell religious items on the site.

In a statement to HuffPost, a representative from Shein asserted that it was not intentionally selling the fascist version of the symbol:

For the record, SHEIN was not selling a Nazi swastika pendant, the necklace is a Buddhist swastika which has symbolized spirituality and good fortune for more than a thousand years. The Nazi swastika has a different design, it is pointed clockwise and tilted at an angle. However, because we understand the two symbols can be confused and one is highly offensive, we have removed the product from our site.

The brand’s “Metal Swastika Pendant Necklace” made waves on social media earlier this week after several Instagram accounts with massive followings shared screenshots of the item as it appeared on Shein. Now removed, the pendant had been available for $ 2.50.

On Twitter, many people spoke out against the site selling the item, calling it “anti-Semitic” and “disgusting.”

So what was said about SHEIN again????? This is fucking disgusting pic.twitter.com/9f1B4ablQw

in case u needed another reason to boycott shein: they are selling fucking SWASTIKA NECKLACES. this is ACTIVELY THREATENING to the jewish community. i’ve seen you all posting about other issues but being silent on antisemitism – do NOT let shein get away with this. pic.twitter.com/gReEmW4Tyi

Others noted that despite the swastika’s long history before its appropriation by the Nazis, it is widely perceived as a fascist symbol today.

People primarily associate the swastika with anti-Semitism and regardless of the validity of its original intent in Hinduism/Buddhism, Shein’s choice to market it to a primarily Western audience overlooks how it has become a fascist symbol. https://t.co/WcVmsqlljt

(2/x) at least do a double take and be reminded of their trauma. I understand that the Buddhist symbol has been around for thousands of years and means “peace,” but (a) it was appropriated by genocidal racists and there are people who won’t think twice upon seeing it anywhere

This isn’t even the first time this week that the retailer has found itself embroiled in controversy.

On Monday, the site issued an apology for selling rugs that looked very similar to prayer mats used by Muslims.

“To our community — we made a serious mistake recently by selling prayer mats as decorative rugs on our site. We understand this was a highly offensive oversight and we are truly sorry,” it wrote.

Shein also said it has removed the rugs from the site and said it would do a better job at “educating” itself on “different cultures, religions, and traditions.”

In a Book About Trauma, She Hopes to Show What Survival Looks Like

Priya AroraWhen Fariha Róisín was 12, the idea for what would eventually become her first novel came to her in a dream. She didn’t...
Read more
Fashion

Elisabeth Egan“I cried on my 18th birthday. I thought I was a failure because I didn’t have a record deal yet,” Mariah Carey writes...
Read more
Fashion

HuffPost may receive a share from purchases made via links on this page. Prices and availability subject to change.Now that fall is finally here,...
Read more
Fashion