Revealed: Tunnel that has taken £5million in fines in seven months due to new restrictions 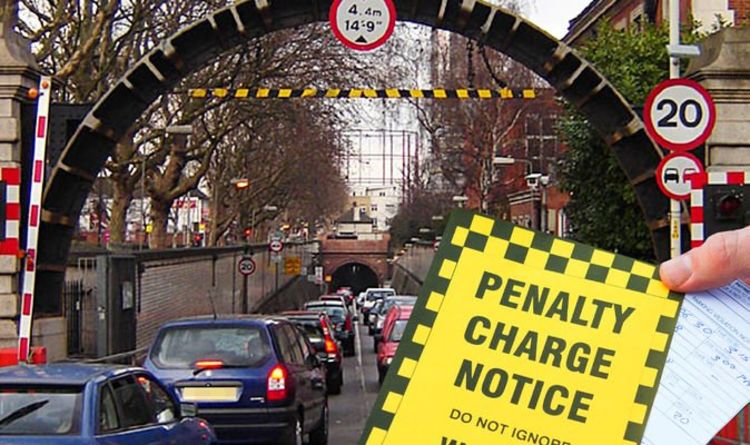 Transport for London issued new height and width levels at the Rotherhithe Tunnel in February 2019 and have collected mass payouts since. A total of £5,336,763 was collected off motorists who failed to meet the new restrictions in seven months between February and August 2019.

March saw the highest number of penalty charge notices issued as 22,526 were sent to affected motorists who had broken the new law.

Charges fell month-on-month as locals got used to the new restrictions as 16,371 were issued in April before dropping to just 12,707 in July.

Road vehicles more than two metres in height and two metres wide are deemed no longer safe to travel through the tunnel and will be sent fines for doing so.

Weight restrictions also apply at the Rotherhithe tunnel and vehicles over two tonnes are not permitted to use the tunnel.

Motorists who exceed the limits are clocked by enforcement cameras and are later slapped with an eye-watering £130 fine.

However, the bill can be reduced to £65 if fined motorists pay the charge within 14 days.

TFL confirmed to Express.co.uk the restrictions were in place for safety reasons while the company works on plans for the tunnel’s future.

Detailed analysis of the tunnel’s ventilation system revealed road restrictions were needed to continue the safe operation of the road as chiefs confirmed it was not built to cope with modern levels of traffic.

TfL says drivers who do not comply with the regulations are putting themselves and other road users at risk.

They also claim restrictions are marked at both entrances to the tunnel and were advertised in advance in both regional and local media outlets.

Speaking to Express.co.uk, Carl Eddleston, TfL’s Head of Asset operations said: “These restrictions are absolutely vital to ensuring the safety of people travelling through the Rotherhithe Tunnel.

“Our cameras enforce the restrictions around the clock and I’d ask everybody to double-check that their vehicle is compliant with the restrictions to ensure that we can keep people safe and to avoid a fine of £130.”

The new restrictions have angered many road users who have taken to social media to vent their anger at the changes.

Some motorists have complained the signs were unclear for those not local to the area while another suggested they had been unfairly billed.

One user said: “Avoid the Rotherhithe tunnel otherwise @TfL will fine you regardless of how unclear their signs are to people who don’t drive in the area. Bloody disgraceful.”

TfL says alternative road links are in place for vehicles who do not meet the requirements of the tunnel.

They urge drivers to instead use Tower Bridge or the Blackwall Tunnel which are both outside the Congestion charge or ULEZ zones.