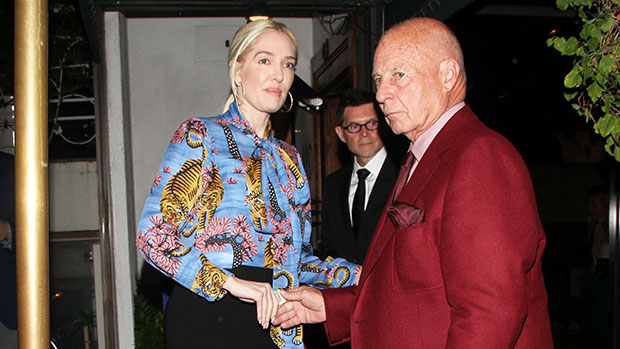 Erika Jayne, 49, and Tom Girardi, 81, have split after 21 years of marriage. ‘The Real Housewives of Beverly Hills’ star confirmed the news in a statement on November 3.

After 21 years together, Erika Jayne and Tom Girardi have called it quits. “After much consideration, I have decided to end my marriage to Tom Girardi,” The Real Housewives of Beverly Hills star said in a statement to E! News on Tuesday. “This is not a step taken lightly or easily,” she continued, explaining, “I have great love and respect for Tom and for our years and the lives we built together.”

Erika went on to request privacy during this time. “It is my absolute wish to proceed through this process with respect and with the privacy that both Tom and I deserved,” she said, adding, “I request others give us that privacy as well.”

Erika, 49, and Tom, 81, who tied the knot in 1999, met at Chasen’s in West Hollywood, where Erika was serving cocktails, she wrote in her 2018 memoir Pretty Mess. The two instantly hit it off and were engaged six months later.

The Bravo star has faced many inquiries over the years about her arguably unconventional marriage to Tom. While she rarely discusses their relationship on the show, Erika admitted that she’s “dealt” with questions about her “sex life” and the couple’s 33-year age gap “forever.”

“The younger women that marries the wealthier, older man. I’m tired of having to justify my 20-year marriage. Go get a 20-year marriage and then come f—king talk to me,” Erika said during a RHOBH confessional back in April.

Back in 2017, Erika told Andy Cohen that she does not have a prenup. “Let me tell you something, let me be very clear. I’m married to a very powerful lawyer,” she admitted. “A prenup wouldn’t stand in his way anyway… It’s gonna be all Tom’s way, I assure you. He’ll rip that piece of paper to shreds in two seconds!” In a 2019 interview on Watch What Happens Live, Erika noted that she pays her own bills, when asked about Tom’s finances.

HollywoodLife has reached out to a representative for Erika Jayne for comment. This story is still developing. Please check back for timely updates.