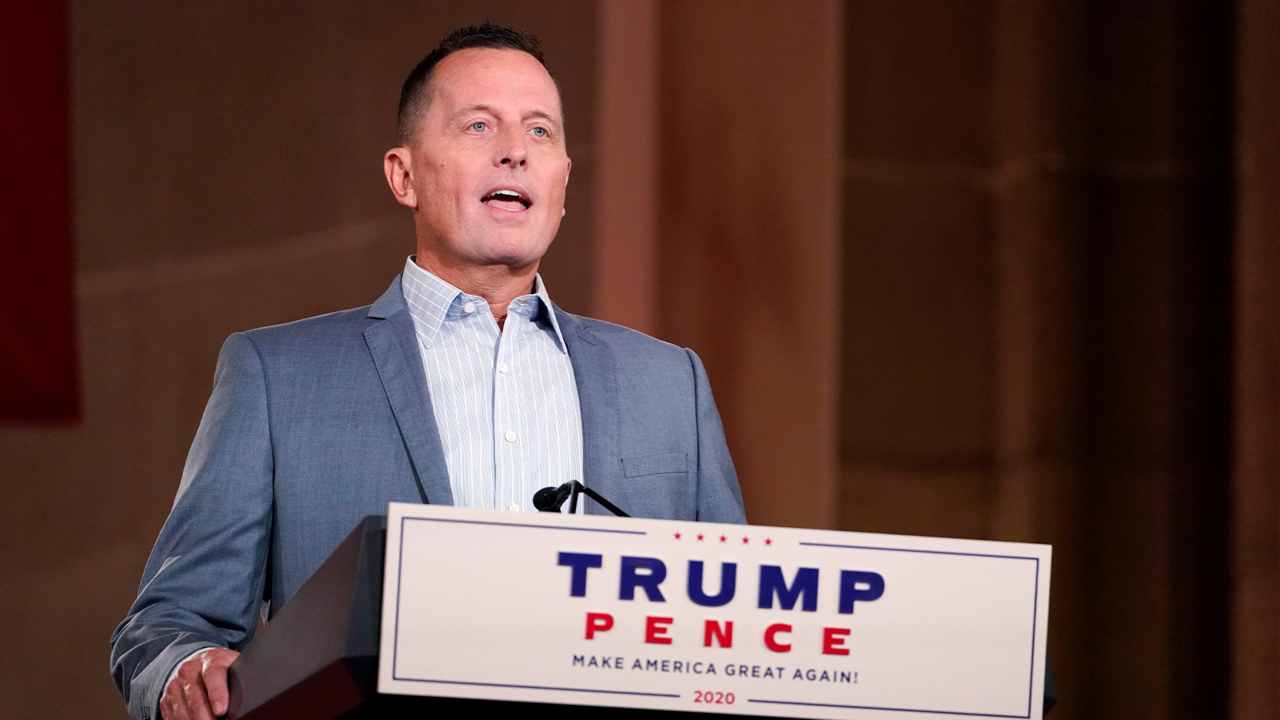 Trump has repeatedly criticized Berlin for not meeting its defense spending commitment to NATO, and recently ordered the Pentagon to withdraw thousands of troops from Germany. Merkel’s apparent disdain for Trump, meanwhile, has been well-documented, with the chancellor recently rebuffing the U.S. president’s invitation to the G-7 summit in Washington.

In his speech, Grenell made an impassioned case for Trump’s America First doctrine, arguing that the president’s foreign policy has made the nation safer.

“As U.S. ambassador to Germany, I had a front row seat to Donald Trump’s America First foreign policy,” Grenell said. “I wish every American could see how President Trump negotiates on their behalf.”

Grenell accused both Democrats and Republicans in Washington of buying into the “illusion” of “unlimited globalization,” and leaving behind the interests of “the average American.”

Trump was the one “outsider” who, during the presidential primary debates in 2016, stood up and “said in public what most Americans thought in private” — that American foreign policy was broken, Grenell said.

By contrast, Joe Biden is the “ultimate Washington insider,” he said.

“Donald Trump’s administration has always made clear that our priority is the American people’s security,” Grenell said. “That’s the job of all leaders — to put their people first.”

Grenell attempted to turn on its head Democrats’ criticism of Trump’s foreign policy as “nationalist,” noting that “The D.C. crowd thinks when they call Donald Trump a nationalist, they’re insulting him.”

“As if the American president isn’t supposed to base foreign policy on America’s national interests,” Grenell said.

Grenell derided the Obama administration’s decision to send “a planeload of cash” to Iran in exchange for the release of four American detainees, contrasting the incident with Trump’s order of an air strike to kill Maj. Gen. Qasem Soleimani, the leader of the Islamic Revolutionary Guard Corps.

He also accused Democrats of secretly launching a surveillance operation on the Trump campaign in 2016, an operation that “made me sick to my stomach.” Biden himself, he claimed without offering evidence, asked intelligence officials to uncover “hidden information” about Trump’s incoming national security adviser, Michael Flynn, three weeks before the inauguration.

Flynn resigned after just 22 days in office after information emerged that he had misled Vice President Mike Pence about his communications with top Russian officials during the campaign.

“But that’s the Democrats. Between surveillance, classifications, leaks, and puppet candidates, they never want the American people to know who’s actually calling the shots,” Grenell said. “But with Donald Trump, you always know exactly who is in charge. Because the answer…is you.”