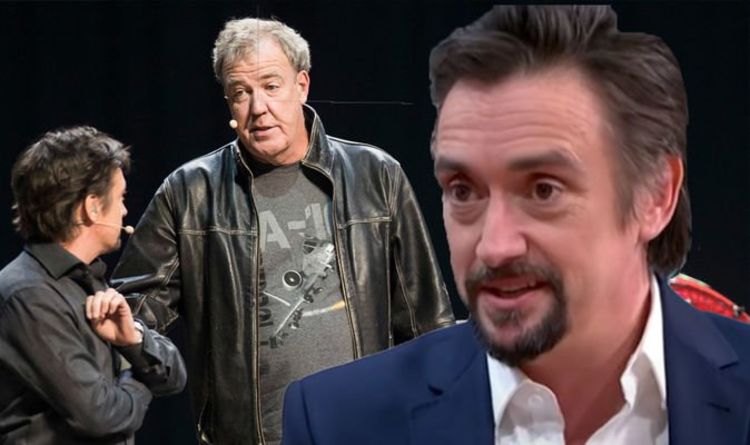 Richard has opened up about what he was asked to do to audition for the BBC motoring programme in a new interview with DriveTribe.

After the TV host was asked how he landed his presenting role 18 years ago, he divulged: “I met Jeremy and Richard Porter [writer and script editor for BBC’s Top Gear] and Andy Wilman [former executive producer] and I had to do a piece with Jeremy and a piece to camera about a car.

“And I went home quite sad because I thought that show is going to be amazing,” he revealed.

“They’re going to have an incredible time and I won’t be a part of it, because I’m not going to get the job.”

Richard then explained what happened when the bosses did get in touch with him “months” after their first meeting.

“Then months went by, and the phone rang and we were in a little basement office in our little house in Cheltenham.

“So I burst into tears and opened a bottle of champagne,” which led him to cackle before adding: “That’s the honest truth.”

Later on in the same video, Richard revealed: “I’m often asked if I have plans for Oliver.

“Yeah. I’d like to one day, maybe, do a show, using him for as many different things as I can. We were talking about this the other day, me and the guys,” he added.

The star went on to admit how he would modify his trusty car: “I’d like to take him stage rallying, take him drag racing, take him circuit racing, but in each instance, customise the car heavily to do that because he’ll still be Oliver.

“I’m not going to drop small block V8 in him for a bit. That will ask questions of the rest of the transmission and drive trade.”

Richard then revealed: “Yes, he will tear himself to bits, so he would need new everything underneath, but, I’d quite like to take him through various evolutions I think that could be fun.”

Afterwards, the presenter asked his fans to inform him of their feedback and whether they would be interested in his idea.

“You could maybe let us know if you think that’s a good idea and maybe it’s something we could do.”