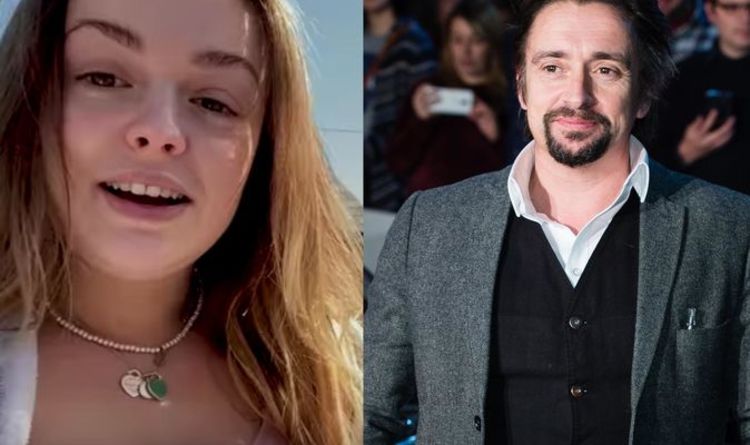 While Richard Hammond and his family are at home during the nationwide lockdown, his daughter Izzy, 18, was left feeling “quite scared”. A behind-the-scenes video was shared to the DriveTribe YouTube account, shared with The Grand Tour co-stars Jeremy Clarkson and James May.

Izzy, who was left to film the making of his recent Mustang video, started the clip off by saying: “Welcome to the yard, I’m going to be taking you behind the scenes of this video that we’ve done today.”

Richard was then seen presenting in the middle of two Mustangs, stating: “Today I am going to be working from home with a back-to-back yard test.”

The upload then featured Izzy filming a close-up of Richard saying: “I do have this yard, and my daughter operating the camera.”

Soon after she showed viewers a shot of her famous father driving off in one of the Mustang’s, before they attempted to get a shot from a higher perspective.

READ MORE: The Grand Tour’s James May ‘lands new show’ in step away from Amazon

After they managed to get over the drop, Izzy then filmed the rest of their attic which had “caution tape” around the edges.

It comes after Richard’s wife Mindy recently told him off after he attempted to head out in her car for another video.

He said: “Now let’s see if Mindy’s [car] can teach mine a few new tricks? I finally get to have a go.”

Mindy, who was sitting in the driver’s seat, responded with: “I don’t think so, darling.”