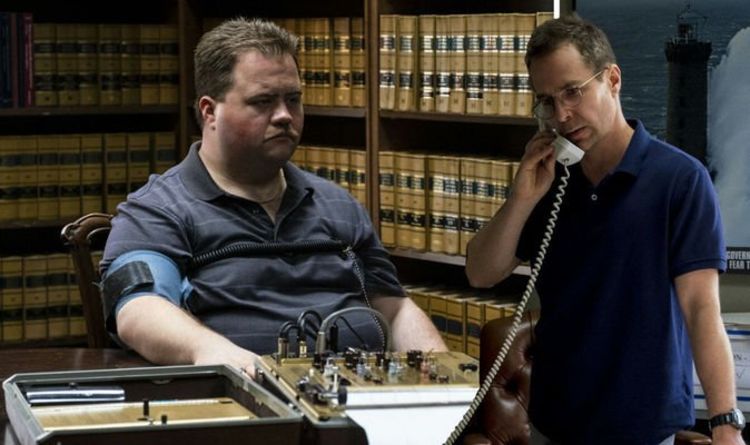 The story of Richard Jewell is one many will remember, but of which many will not know all the details. He was a security guard in the 1990s, and became embroiled in the media frenzy around the Centennial Olympic Park bombing during the 1996 Olympics in Atlanta. Now a movie will reveal far more information about the impact on one man who was wrongly accused.

What is the plot of Richard Jewell?

On the Warner Bros official website, the synopsis reads: “Directed by Clint Eastwood and based on true events, “Richard Jewell” is a story of what happens when what is reported as fact obscures the truth.

“‘There is a bomb in Centennial Park. You have thirty minutes.’ The world is first introduced to Richard Jewell as the security guard who reports finding the device at the 1996 Atlanta bombing—his report making him a hero whose swift actions save countless lives.

“But within days, the law enforcement wannabe becomes the FBI’s number one suspect, vilified by press and public alike, his life ripped apart. Reaching out to independent, anti-establishment attorney Watson Bryant, Jewell staunchly professes his innocence.

“But Bryant finds he is out of his depth as he fights the combined powers of the FBI, GBI and APD to clear his client’s name, while keeping Richard from trusting the very people trying to destroy him.”

When is Richard Jewell out in cinemas?

For the UK, Richard Jewell is coming out fairly late, given it had its USA release on December 13, 2019.

It premiered at the USA’s AFI Festival on November 20 last year, and was then released slowly throughout the USA, Europe and other continents over the past few weeks.

The UK is one of the last countries to get to see the film, with its release date being revealed as January 31.

Who is in the cast of Richard Jewell?

Starring as Jewell himself is Paul Walter Hauser, who is known for comedy roles and his portrayal of attempted hitman Shawn in I, Tonya.

Alongside him are Oscar winners Sam Rockwell and Kathy Bates, who play Jewell’s lawyers Watson Bryant and his mother, Bobi.

The movie also has some big names behind the camera, with actor Clint Eastwood directing, and Leonardo DiCaprio and Jonah Hill among producers.

Soon, Jewell is dragged into a mess where he is being accused by “two of the most powerful forces in the world, the united states government and the media.”

His mother tries to speak on his behalf, as well as his lawyer, both of whom try to protect him while helping him to deal with the trauma of the investigation.

As time goes on, Jewell is embroiled more and more into the investigation as he tries to prove his innocence with the help of those around him.

Richard Jewell is in cinemas on January 31