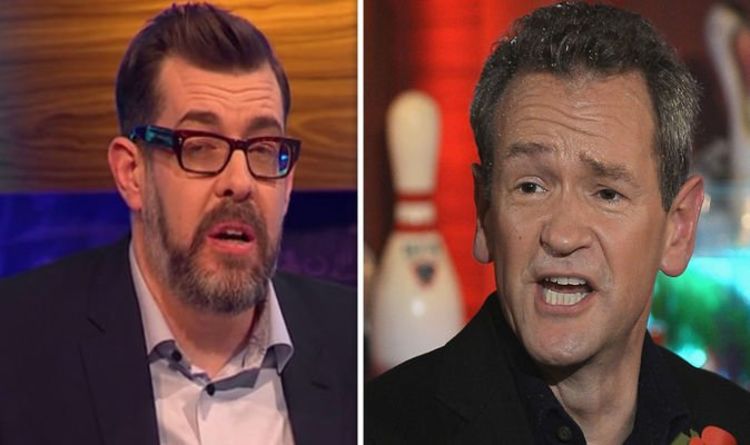 The panel had to decide whether Sherlock would be the winner, but Richard had a fun fact about the award winning murder mystery show.

“There’s loads of fan fictions around Sherlock where Holmes and Sherlock get up to stuff,” he said.

Lorraine was quick to pipe up: “They do that with StarTrek too!” she exclaimed.

“Well, they do it for Pointless,” Richard giggled.

There was a short pause while the audience and guests registered what he had said before the studio erupted with laughter and disbelief.