Rick and Morty season 4, episode 5: The 5 biggest Easter Eggs – did you spot them? 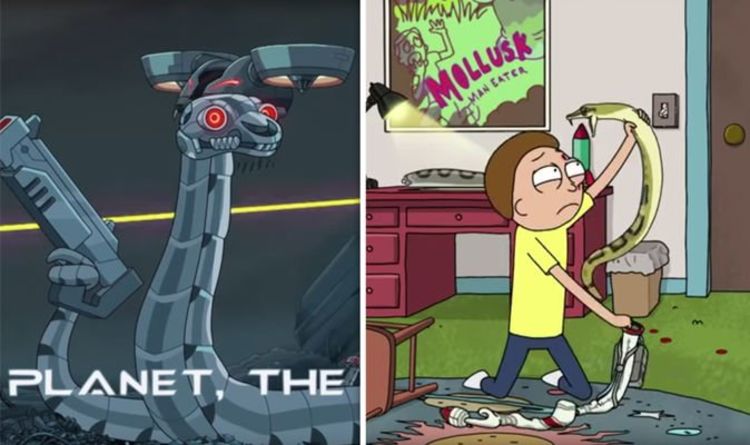 Perhaps the biggest reference is The Terminator (1985) thanks to time travelling snakes evolving and changing the course of history.

The time cops are then sent in to try and restore order in the universe – very much taking its cue from the Arnold Schwarzenegger classic.

Previously speaking about the conception of the episode, Justin Roiland said in a behind-the-scenes video: “We didn’t know it was going to be a time travel Terminator thing.

“That was the thing that turned it into a full episode for the season. We never had that before.”

While writer James Siciliano explained: “It was an idea we couldn’t quite crack in season three.

“We love the idea of getting a flat tyre in space. It’s really fun to do terrestrial things in a dumb sci-fi way.”

Roiland said the story had been kicking around for some time with the makers wanting to do the episode in previous seasons.

However, it took a while for the episode to come together and become a fully-fledged story in its own right.