Rick and Morty season 4: Rick’s death was set up... 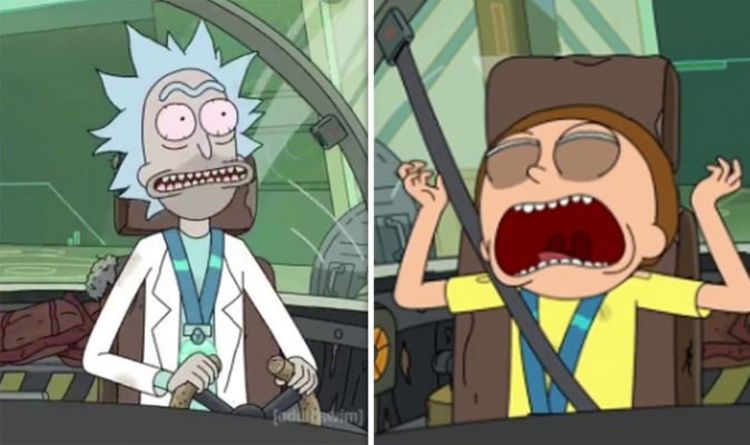 Just a few minutes into the Rick and Morty season four premiere episode Rick Sanchez (voiced by Justin Roiland) dies after Morty crashes the ship. The character was seen hurtling out through the window where he’s then impaled on a rock which set up almost entirely the events that followed. However, it seems creators hinted this would happen all the way back in season three.

After Rick survived the likes of Scary Terry and King Jellybean, the main character was killed in an fairly unexpected way.

It was soon revealed that Morty had a death crystal in his pocked and intended to use it, leaving Rick fighting for the wheel.

When Morty crashes the ship, the lack of a seatbelt had serious consequences for Rick, who met a gruesome end.

READ MORE: Rick and Morty season 4, episode 2 promo: What will happen next?

As a result of the crash, and him not wearing a seatbelt, Rick is thrown through the windscreen and impaled by a rock.

Fans of the Adult Swim show will know that Rick has hardly ever worn a seatbelt ever since the show began.

Could the creators have been hinting at his death the whole time?

Meanwhile, there were plenty more random deaths in the first episode of the new season for fans to keep track of.

The season premiere started off with the death of a group of crystal poachers who Rick managed to kill using the Death Crystal.

Next on the list was Gearhead (Scott Chernoff) who was killed when Clone Rick 1 set Mr Meeseeks (Roiland) on Fascist Morty but ended up killing Gearhead.