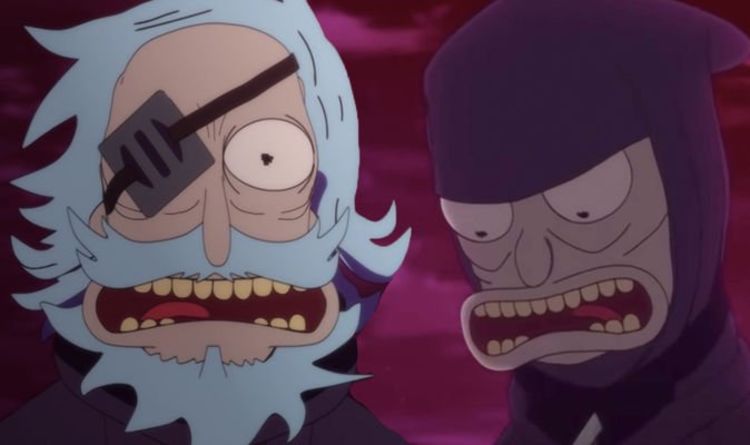 In the short film, Rick is referred to and is credited as Rick WTM-72.

Fans of the show have spent some time looking for explanations as to why this is the case.

And now, one fan on Reddit – awakeguy – has spoken out about their findings on what could be the reasoning behind Rick’s new code.

In an unexpected turn, the fan believes the code WTM-72 is actually a reference to hip-hop crew Wu-Tang Clan.

READ MORE: Rick and Morty theories: Rick has been controlling Jerry the whole time – here’s how

The fan began by explaining the well-known meaning behind Wu-Tang Clan’s name and title of their first album.

They wrote: “In the new short Rick is referred to as WTM-72.

“The short references the film Shogun Assassin, a film which the Wu-Tang Clan sample in their songs, such as GZA’s Liquid Swords (it samples the kid’s monologue from Shogun Assassin ‘people said his brain was infected by devils’).

Alternatively, Wu-Tang Morty could be a clue towards the youngster turning evil in the coming episodes – as teased by one of the show’s fans.

Fans recently explained Morty may eventually become the Evil Morty which has been seen around the show.

They wrote: “This theory is good, I was doing a rewatch of the series and anyone could see that Morty on the way is getting nasty like the purge episode, and his arrogance if increasing. Let’s see.”

While others looked at the evidence in the show itself, saying: “Every single episode of season four has had a call back in it form something earlier in the series, either a joke or a character or something. I feel like Evil Morty will return again.”