Ring of Fire warning: Expert predicts which ‘restless’ volcanoes may erupt in 2020 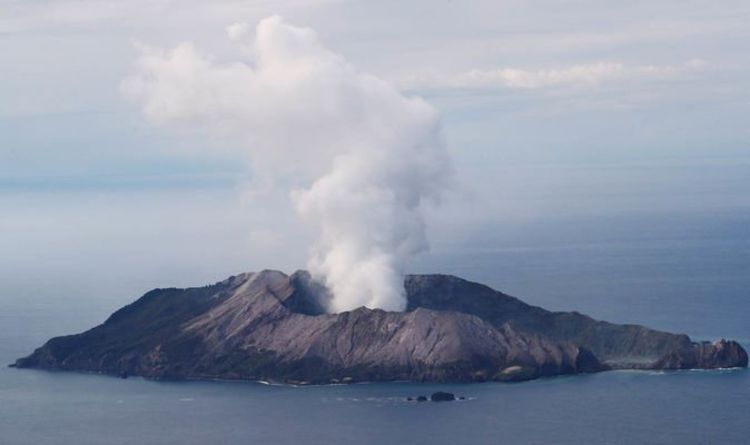 The horseshoe-shaped Ring of Fire is filled with the world’s highest number of volcanoes, along with 90 percent of the Earth’s earthquakes. The ring is 25,000 miles-long and located in the basin of the Pacific Ocean. Bill McGuire, Professor of Geophysical & Climate Hazards at UCL, warned the Ring of Fire is so unpredictable, there is no way to predict when tit will strike.

Instead, he listed volcanos that are currently restless or may be in the early stages of bigger eruptions.

These include Kadovar in Papua New Guinea, Ibu, Dukono and Sinabung in Indonesia, Telica in Nicaragua, Copahue on the Chile and Argentina border, Sabancaya in Peru and Yasur in Vanuatu.

Dr McGuire told Express.co.uk: “Trying to decide which ‘Ring of Fire’ volcano will erupt next is a bit like trying to pick the winning numbers in the lottery.

“However, no volcano erupts without warning signs that we can detect if we are looking.

“For magma to reach the surface, it must break rock, which causes small earthquakes that can be detected using seismometers.

“It also needs to make space for itself, which causes the ground surface to swell. This can be detected using GPS and other methods.

“Volcanoes that show these early signs are said to be restless.

“This restlessness may end in an eruption, but sometimes a volcano will return to its slumbers without erupting.”

“After it’s partial collapse just before Christmas, Anak Krakatau may start to build itself up again.”

New Zealand was rocked by a deadly volcanic eruption on White Island on December 9.

The death toll has now risen to 19 after police said that another person died at an Auckland hospital on Sunday night.

The volcano blew while 47 people visiting the tourist destination of Whakaari.

This killed 13 people install and left two dozen others in hospital with severe burns.

Two people have still not been recovered and authorities believe they were washed out to sea in a storm shortly after the eruption.

Dr Sarah Brown, senior research associate in volcanology at the University of Bristol, added dormant volcanoes are the “most dangerous” as there is no warning for people living nearby.

She told Express.co.uk: “We can’t say which Ring of Fire volcano will erupt next.

Facebook
Twitter
Pinterest
WhatsApp
Linkedin
ReddIt
Email
Tumblr
VK
Previous articleType 2 diabetes: Include this type of nut in your diet to lower blood sugar
Next articleEclipse 2019 time: When is the 'Ring of Fire' eclipse today? What time is totality?