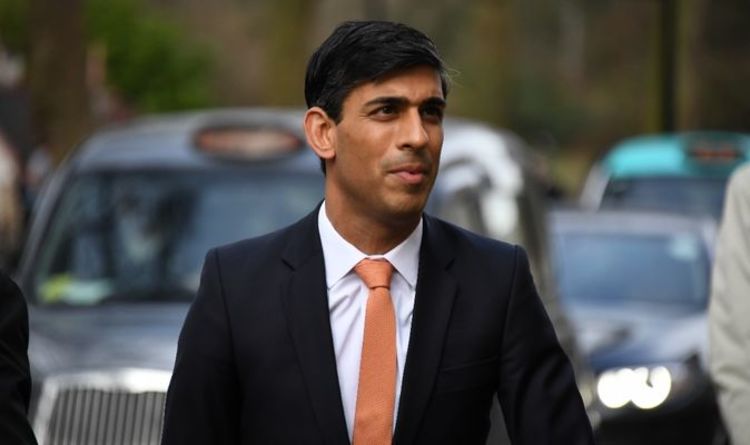 Industry and manufacturing think-tanks have warned that without an extension up to 35 percent of workers could lose their jobs in parts of the UK. The government’s furlough scheme pays for 80 percent of the wages of employees who are not currently working – up to a a total of £2,500.

The scheme, which is costing £42billion for the first three months, has helped 140,000 businesses stay afloat by financing an estimated 9million workers.

Industry research organisation the Royal Society for Encouragement of arts, manufacturing and commerce cautioned that without additional help there could be a hike in unemployment levels not seen since 1930s.

Mr Sunak said at the start of this week he was looking into extending the scheme to July.

“I am determined to make sure as many people as possible return to work after this crisis,” he said during a Parliamentary economy update on Monday.

“I want to make sure that as we emerge from this crisis, we can bounce back to the lives we once knew.”

The head of the RSA future Work Centre, Alan Lockey, warned all sectors will suffer a “severe recession” but those most reliant on hospitality and tourism will be “particularly badly hit”.

He said: “The government’s response so far has been robust,

“But it must avoid going back to “business as usual” – including Universal Credit, sanctions and means-testing – if it’s to avoid the devastating impact of prolonged unemployment on whole swathes of the population.”

Business association the Chartered Institute of Personnel and Development said the Chancellor should extend furlough until September to help out damaged businesses.

They added that if this measure is not prolonged, the scheme could become a “waiting room for unemployment and fail to protect significant numbers of the jobs it set out to save”.

“This will provide more certainty for employers and ensure that there is no ‘cliff edge’ exit from furlough straight to redundancy for hundreds of thousands of workers at the end of June,” they added.

The Manufacturers’ Organisation, Make UK, urged the UK government to prolong furlough schemes within its industry, where four fifths of companies have seen a drop in orders.

“The prospect that a significant number of companies will not take staff off furlough until they see orders increase, means the government will have to consider extending some form of job retention plan beyond the end of June,” they said.

Make UK’s chief executive, Stephen Phipson, said: “The extent of collapse in demand is such it means that the recent OBR forecast could be an underestimate unless there is a quite remarkable turnaround which, to be frank, just isn’t going to happen.

“All the indications at the moment indicate that, even if a gradual easing of lockdowns begins soon, the impact of this shock will continue to hit companies and livelihoods for some time to come.

The chief economist at the Institute of Directors, Tej Parikh, told the Observer the government should take action to prevent a cliff-edge.