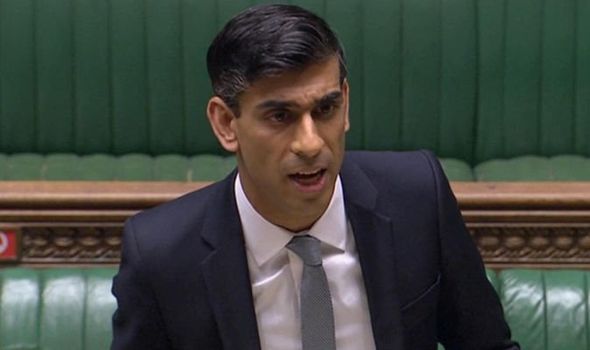 Experts have warned higher taxes are likely following Chancellor Rishi Sunak’s £30 billion spending spree in his summer statement on top of £160 billion already announced. Carl Emmerson, of the Institute for Fiscal Studies (IFS), said: “Once we are through the crisis phase, once the economy has established its new normal, we are probably going to find that the economy is not as big as what it would have been had the coronavirus never hit.

“If that is the case, revenues will still be depressed and if we want then to bring the deficit back to where it would have been absent the crisis, we will need to do some spending cuts, or given a decade of austerity, perhaps more likely some tax rises.”

He added that keeping the ratio between national debt and GDP stable is likely to mean up to £40 billion of tax increases.

That is the equivalent to as much as an additional 7p on the basic 20pc rate of income tax which could add more than £100 a month to the bill of an average full-time employee, according to the Daily Telegraph.

Speaking on Thursday, Mr Sunak said he was “anxious” about the state of the UK’s economy which is “entering into a very significant recession” because of the pandemic.

But he insisted his extra spending aimed to make the recovery as strong as possible.

The Chancellor told Sky News: “We’ve moved through the acute phase of the crisis where large swathes of the economy were closed.

“We’re now fortunately able to safely reopen parts of our economy, that’s the most important thing that we can do to get things going.

In his summer statement on Wednesday, Mr Sunak announced firms which have furloughed staff will be given a £1,000 bonus to keep workers in jobs.

Other measures included an “eat out to help out” scheme for dining out in August to boost the hospitality sector.

He also slashed VAT on food, accommodation and attractions from 20 percent to 5 percent from July 15 until January 12 and raised the stamp duty threshold until March 2021 to get the housing market moving.

The eye-watering cost of the measures is on top of almost £160 billion already announced in response to the coronavirus outbreak.

Louise Matsakis It’s been one hell of a week for TikTok. The company is scrambling to get the White House to approve a deal it...
Read more

Alzheimer's Research UK stated: "One in five people who have a stroke go on to develop dementia." Other health conditions that put a person at...
Read more