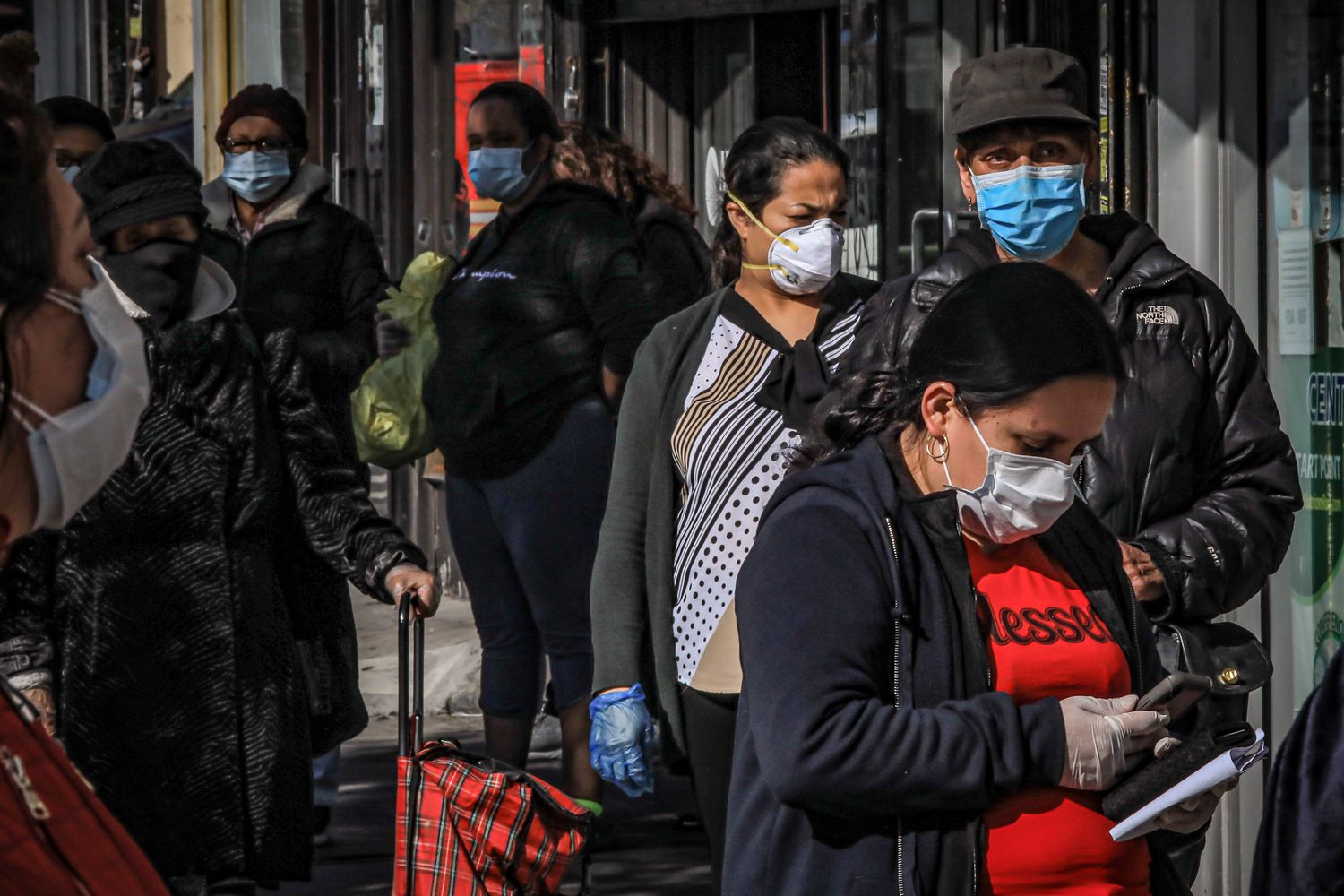 “Young working people, the kinds of people we all see every day who are working, stocking shelves, or at the checkout counter, or delivering our stuff, or working in warehouses, those are people who are getting more exposed,” said Dr. Mary T. Bassett, former commissioner of Health for New York City, and one of the authors of the Harvard paper. “There’s a real story of occupational exposure and inadequate workplace protections that are helping to drive the rates in the Latino population.”

Other factors, like housing, contribute to transmission in Latino communities. Dr. Ben Weston, health director for Milwaukee County, said Latinos are more likely to live in multi-generational housing, making it harder for an infected person to quarantine. Latinos make up the largest number of cases in Milwaukee County but are only 15 percent of the population.

Access to care is another factor. Latinos, next to Native Americans, have the highest uninsurance rates of any minority group, which is often a deterrent. And the potential fear of deportation and cost associated with visiting a hospital is particularly high among undocumented immigrants or those in mixed-status families.

These factors, along with the unevenly distributed testing, could mean that current data could be “representing undercounts,” according to Dr. Javis Chen, a social epidemiologist and co-author of the Harvard paper on racial inequities in coronavirus mortality rates.

“When we talk about how structural racism impacts health, these structures also influence how we even collect the data,” said Chen. “There might not be enough testing available in some of these communities to even really capture the full extent of the problem.”

Inside the Numbers: Disproportionate infections and loss of young lives

The rapid increase in coronavirus cases among Latinos is cause for concern among the public health community, but what is causing even more alarm is the disproportionate rate of infection and the disparities among different age groups.

Nationally, Latinos account for roughly 34 percent of reported coronavirus cases, currently the highest of any racial and ethnic minority group. But the disparities are even more pronounced at the state and local levels.

From North Carolina to Kansas, Wisconsin to California, Latinos are hit hard, in some states outpacing the number of infections among every other racial and ethnic group.

The North Carolina Public Health Department confirmed that Latino cases have increased “over the past several weeks.”

In Baltimore, Latinos make up 5 percent of the city’s residents but were accounting for roughly 30 percent of hospitalizations at Johns Hopkins facilities and an overwhelming majority were Spanish-speaking only, according to an estimate by Dr. Page, an infectious disease professor at Hopkins whose work focuses on underserved and undocumented populations.

In Harris County, Texas — the third most populous county in the country encompassing Houston — Latinos make up the greatest number of cases. But Texas, which has seen a surge in cases this month, is missing race and ethnicity data on 85 percent of its cases and 74 percent of its deaths, according to the Covid Tracking Project.

California — where Latinos are 39 percent of the populace and 56 percent of the cases — could provide a picture of the future impact of the virus on Latinos elsewhere.

Manuel Pastor, a USC professor and member of the California economic recovery task force formed by Gov. Gavin Newsom, stressed the need to evaluate age-specific data on minorities killed by the virus.

On the national scale, the Harvard analysis is one of the first to use age-specific data to reveal the scope of coronavirus mortality inequities on racial and ethnic minorities. In it, the authors also calculated the magnitude of deaths for Latinos by determining the years of life lost, using 65 as a conservative age standard. Every individual whose life was cut short due to the virus contributed to the years of potential life lost.

They calculated that America’s Latino population has lost 48,204 years of life due to dying of coronavirus before the age of 65. Whites by contrast have experienced 33,446 years of life lost, even though their population is three to four times bigger.

“Our community is dying,” said Angelica Salas, executive director of the Coalition for Humane Immigrant Rights of Los Angeles. “Essential workers are so celebrated but then when it comes to caring for them, that’s not what’s happening.”