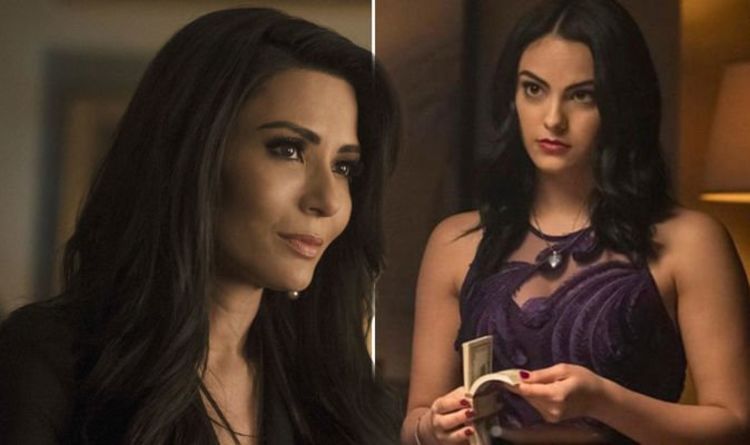 The fourth season of the CW’s heightened teen drama began with a touching tribute to Archie’s father Fred (played by the late Luke Perry). Now both Jughead (Cole Sprouse) and Veronica (Camila Mendes) will be losing the comforting presence of one of their parents by the end of the ongoing season of Riverdale.

CW reps have confirmed Skeet Ulrich will be saying goodbye to his role as Riverdale’s Sheriff by the end of this season.

This will leave F.P. Jones’ son Jughead vulnerable as he is also cutting ties with his mother after discovering her plan to flood Riverdale with drugs.

In the same report it was confirmed that Marisol Nichols, who plays Veronica Lodge’s mother Hermione for the series, will also be leaving.

In a statement to TV Line, Marisol said an emotional goodbye to the cast and crew of Riverdale, as well as the devoted fans.

She said: “We had so many wonderful times together during the highest of highs and the lowest of lows. We really do have the best fans ever.”

Marisol also teased more twists lie ahead in season five and added: “I am looking forward to the next chapter and am excited about the future.”

Riverdale’s bonkers twists and implausible leaps of logic have left many fans nonplussed by the wildly popular teen drama.

However, most admitted that the series’ handling over the tragic passing of 90s star Luke Perry was a touching highlight.

With news of the two actors’ departing the series, fans are predicting whether one or both of the parents could be killed by the season finale.

F.P.’s position as Sheriff certainly puts a target on his back for the surprising number of murderers and criminals that seem to reside in the small town.

That said, Hermione’s ostensibly resolved feud with her husband Hiram could be reignited, as many fans are speculating that he is faking a serious illness.

One fan suggested: “My money is on them dying for the attempt of them making a sad moment. I think Hiram will have a hand in it with those two trying to kill him.”

Hiram is being set up as a major villain for the series, and an attempt to take him down could go horribly wrong for the parents of Riverdale.

Additionally, there is also the pressing matter of a videotape stalker haunting the families of Riverdale and sending them sinister footage of their houses.

The town has already been terrorised by the Black Hood and the Gargoyle King, so there could be a new killer on the loose who has a grudge on Riverdale parents, including Hermione.

Although, Riverdale showrunner Roberto Aguirre-Sacasa may have trampled that theory in his statement confirming the two departures.