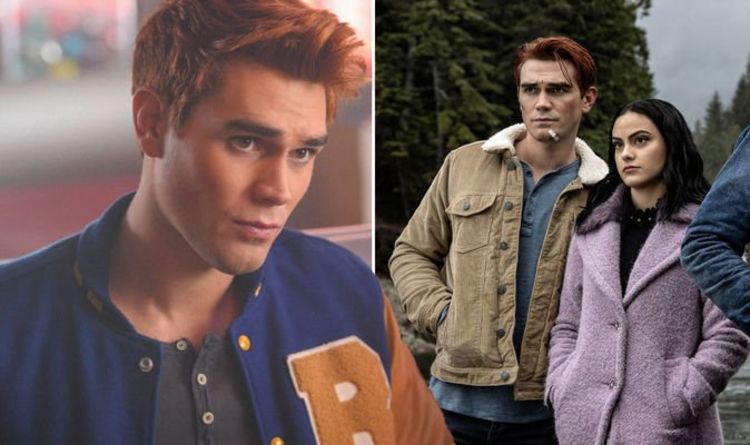 Netflix was on to a runaway success with its dark and sexy reimagining of the long-running Archie comics series. Ratings are slowly dwindling, but a recent interview with the cast of Riverdale reveals there is still life in the small town yet.

Archie Andrews (played by KJ Apa) himself recently sat down with ET during a set visit to discuss the future of Riverdale, namely a particularly glaring elephant in the room.

The cast is not getting any younger, and as the show starts preparing for its fifth season viewers will have to extend their suspension of disbelief to an even greater extent to buy this group of 20-somethings as adolescent high school students.

Regarding the longevity of the show, KJ said: “As long as the fans keep watching.

So KJ’s comment isn’t too far-fetched when compared to some of the crazy plot threads Riverdale has already explored.

The position of Jughead Jones (Cole Sprouse) is also constantly in flux as he switches allegiances between Riverdale High and the Southside Serpents.

Therefore, Archie being held back a year wouldn’t be totally implausible, especially if the apparent murder of Jughead this season was traumatic enough for him to lose track of his studies.

What’s actually happening with Riverdale’s two disparate timelines has yet to be revealed, but if the death of Jughead ends up sticking season five of the show will already be dealing with a major jolt to the main cast.

After Sabrina Spellman (Kiernan Shipka) visited the sleepy town to retrieve King Herod’s crown in her most recent Chilling Adventures it’s been confirmed Netflix’s Archie Universe is only going to get bigger.

And with a spin-off focused on another comic character Katy Keene (Lucy Hale) on the way, the world of Riverdale will have plenty of storylines to play with if the original cast decide to jump ship.

Betty Cooper (Lili Reinhart) also weighed in, adding: “When season four wraps, I’m pretty sure the kids will have graduated.