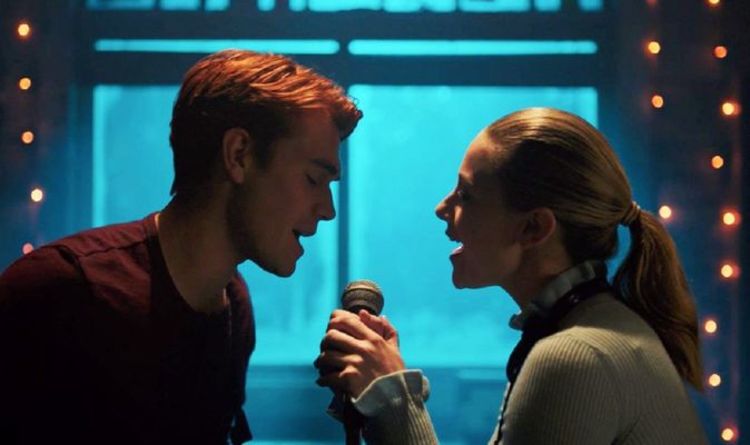 As season four of the thrilling teen drama aired around the world on The CW and Netflix, fans were stunned when Riverdale’s most talked about secret romance crashed and burned. However, some fans are convinced the Barchie drama has only just begun.

Fans of the original Archie Comics series, and anyone who has ever seen a teenage romance series, know better, and there have been several clues to indicate the show’s core relationships aren’t so solid as they appear.

The foundations were already shook when Archie and Betty staged a kiss to make Jughead’s fake murder more convincing.

Sparks were reignited between the pair behind closed doors, as ‘Barchie’ fans were thrilled to see another forbidden make out session during a stirring Broadway number in Wicked Little Town.

READ MORE: Riverdale: Will Jughead and Betty split up amid Archie kiss?

Sadly, the dreams of shippers everywhere were crushed when Betty decided to cut things off in episode 18, Lynchian.

Moreover, it appears the tangled love quadrangle is at an end for now, as the next and final episode of season four will deal with the overbearing new Principal of Riverdale High, Mr Honey (Kerr Smith).

Three more episodes of Riverdale season four were expected to hit screens this year, but filming is currently on hold due to the coronavirus pandemic.

After the episode aired on The CW, Barchie fans quickly took to social media to discuss the potential of the secret romance making a return in Riverdale’s future.

One fan Tweeted: “After she had it out for Archie in the beginning, Alice potentially saving Barchie would be a HUGE turnaround for her character (as if she hadn’t developed so much already), so if we play our cards right, she would def be (potential) Barchie MVP!”

Archie and Betty’s brief flings have previously felt like the product of uncontrollable teenage hormones, but having the approval of a Riverdale parent this early in the game could lend the pairing some more legitimacy as the series moves ahead.

Another fan took to Reddit and added: “So maybe they are breaking off the Barchieness for right now in order to do the right thing by not cheating further. This will satisfy the Bughead fans and keep them viewing.”