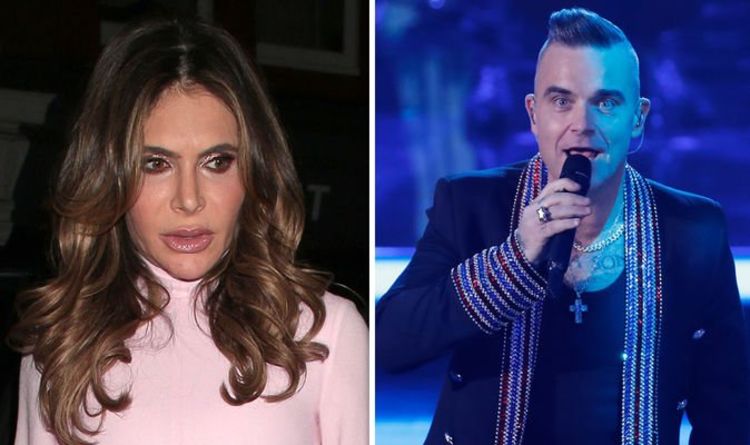 Robbie Williams’, 45, wife Ayda Field, 40, has said that she suffered a “mini crisis” after singer he accidentally sipped on a fan’s beer. The protective spouse said she was worried it would cause a relapse for the pop star.

Speaking on their podcast, At Home With The Williamses, the tight knit couple explained the incident.

Robbie said: “In Vegas there’s this guy, and I’m singing to him and he’s got this can of what looks like a soft drink.

Ayda said that she was terrified over the fan’s deception, and slammed the unidentified fan as being “irresponsible”.

She said: “I had a mini crisis watching it happen, going, ‘Oh my God, is this going to trigger a relapse?

“Thank God it didn’t, but I was like, ‘That is a really irresponsible thing to do to an alcoholic when they’re asked you if it was alcohol.’”

She even said that others have unintentionally tried to serve her husband of almost ten years alcohol.

And back in 2009 he opened up about his past struggles with abusing pain medication, for which he underwent rehabilitation treatment for in 2007.

He told GQ magazine: “I would do 20 Vicodin in a night. I might have been 24 hours away from dying.

“Then I’d take Adderall, which was like speed for people with ADHD. I’d be doing colossal, heart-stopping amounts of that.

“You can buy Sativa, which is basically LSD for five minutes. It’s powerful stuff.

“That’s where I was. You try your best to balance them off against each other but you never manage it.