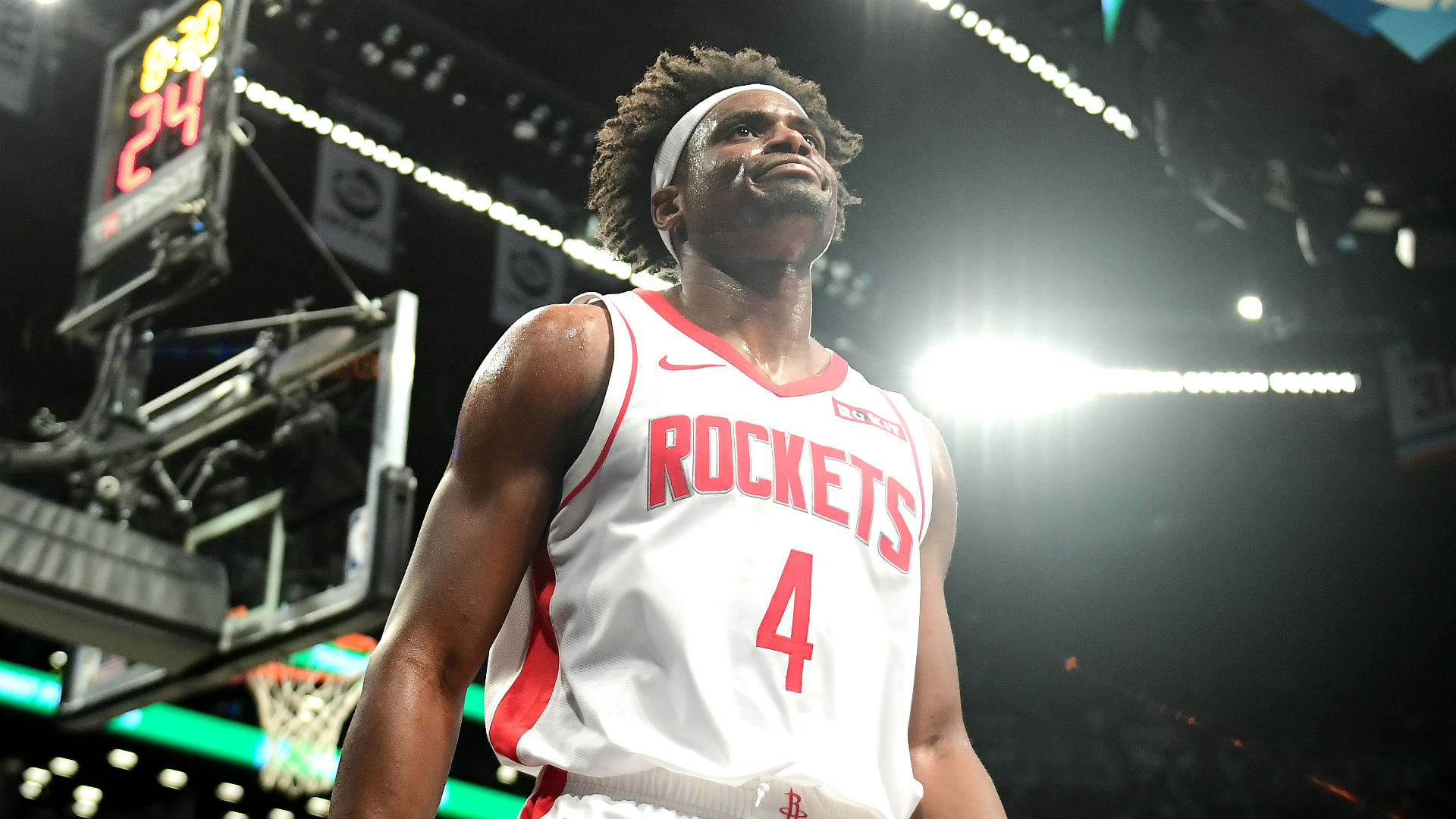 The Rockets forward will leave the NBA’s “bubble” at the Walt Disney World Resort in Orlando, Fla., and miss the rest of the 2020 playoffs after he allegedly allowed a female COVID-19 testing official into his hotel room, according to Yahoo Sports’ Chris Haynes. The NBA issued the following statement Friday night:

“The NBA has concluded its investigation of a recent violation of campus health and safety protocols. The findings are that: (i) Houston Rockets forward Danuel House had a guest in his hotel room over multiple hours on September 8 who was not authorized to be on campus and (ii) no evidence was found that other players or staff had contact with the guest or were involved in this incident.

“Mr. House is leaving the NBA campus and will not participate with the Rockets team in additional games this season.”

House was initially listed as out for the Rockets’ Game 3 matchup against the Lakers because of “personal reasons” before more details about the league’s investigation emerged. House, who also missed Game 4 of the second-round series, has denied violating any campus rules, sources told Haynes.

In nine postseason games, House averaged 11.4 points and 5.8 rebounds while shooting nearly 36 percent from 3-point range. Facing a 3-1 deficit, Houston will now look to stay alive without a key piece of its rotation.

Given the nature of House’s dismissal, Twitter users were quick to react with some NSFW jokes:

Wow. What a huge blow to Houston. Just an unfortunate turn of events.

The NBA announces Houston’s Danuel House has been kicked out of the bubble for having what are believed to be several hours of unauthorized sexy relations. That is not how they put it in the press release, but it’s what they meant