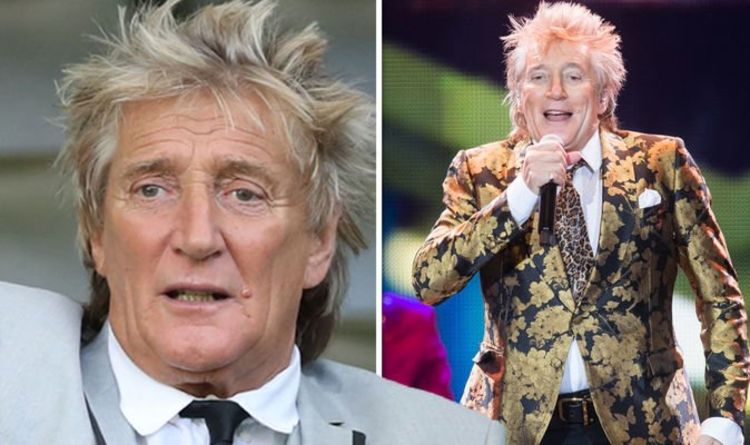 Sir Rod Stewart, 75, who recently celebrated his 50th year in the music industry, will be among a host of A-list acts who will perform at The Brit Awards 2020. The music event is marking four decades since the show launched.

The Scottish singer’s performance is being kept under wraps but it has been reported the legendary rocker is expected to perform some of his biggest hits as he closes the show, according to The Sun.

Rod told the publication: “Happy to be asked to close out the Brits on their 40th show celebrations.”

The Brit Awards 2020 will take place at London’s O2 arena next week and already features a show-stopping line-up.

The Brit Awards will take place on February 18 and will be hosted by comedian Jack Whitehall, 31.

In 2019, Sir Rod released his latest album, You’re In My Heart, which scored his 10th number one album in the UK.

It remained on the top of the charts for the last three weeks of the decade.

The international chart-topper has garnered major success over his long-lasting music career and has been awarded numerous accolades over the years.

According to the Daily Mail, a police report says Jessie alleged Rod and his family were “loud, caused a scene and refused to follow instructions to leave”.

It was also reported that a man later identified as Sean got “about nose to nose” with the bouncer.

Police also claimed Rod had apologised for his behaviour at the time of the incident.

Sean has since spoken out about the alleged altercation, telling the Sunday Mirror newspaper: “My dad always taught me to stick up for my family and my loved ones. That’s what I did and the truth will prevail.”

BySir Brian will report directly to the board and publish reports into progress made under the company’s Agenda for Change programme. He has also...
Read more