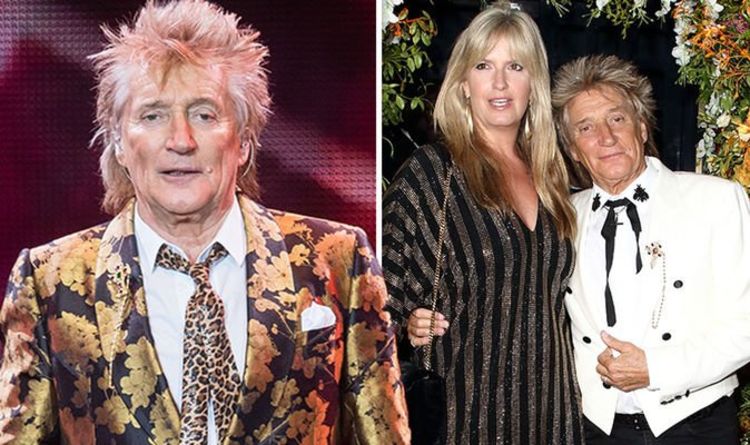 Sir Rod Stewart, 75, was joined on Loose Women alongside his wife Penny Lancaster, 48, where the couple discussed how they first met. Speaking on the ITV show back in 2015, the pair admitted it was a chance encounter after his recent split from his previous wife Rachel Hunter.

Speaking about the day they met, host Ruth Langsford, 59, quizzed the couple on the early days of their romance.

Penny replied: “It was a dare from a mate to go up to him [Rod] and ask for an autograph. Then the next night I got an invitation to go to a concert and photograph him.”

The actress explained she had been on a photography training course at the time and had been invited to take some of the gig.

To which Penny replied: “Well I did know that he had just broken up with his ex-wife. I gave it a bit of a grace period.”

But the singer’s wife confessed she was a little bit “naive” because she thought Rod wanted to see her photography work and not that he was interested in dating her.

Penny mused: “I really thought it was out of the kindness of his own heart saying, ‘Come on. I know your attending photography college, come and take some photos. I want to help you out.’”

She added: “But I was a bit naive. He called me up six months later and said, ‘Come on, let’s go out. I’d love to see those photos you took.’ The rest is history.”

Rod Stewart, who has eight children by five different mothers, has been married to Penny Lancaster since 2007.

But before meeting the Loose Women panelist, the rocker was married to Rachel Hunter.

She is 26 years younger than Rod, which he claimed was part of the reason behind their break-up and the hitmaker eventually called it quits in 2006.

One year later, Rod and Penny tied the knot in a lavish Italian wedding ceremony.