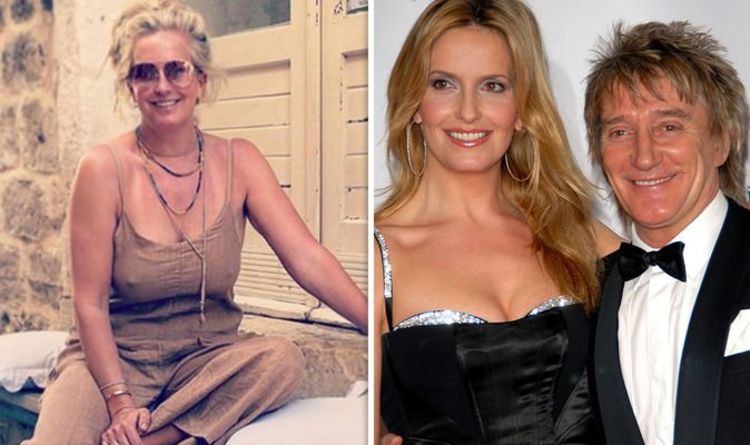 She wrote: “Loving the beautiful cobbled back streets of Croatia.”

The photo of Penny has already reached more than 1,000 likes, and fans were blown away by her ageless good looks.

One said of the former lingerie model: “Stunning beautiful girl.”

While another replied: “You look gorgeous. Have a fabulous time.”

Her husband of 13 years and legendary rock singer Rod supported her stint on the popular programme.

Penny told the Daily Mail: “Well he is a worrier, so when I was doing the filming for the show, which was in Peterborough, he’d be phoning to check I was OK.

“But he also saw how much I got from it. I think he understands. The kids are the same.”

The former model appeared on the 2019 series alongside Katie Piper, Made in Chelsea’s Jamie Laing, Gogglebox’s Sandi Bogle and Marcus Brigstocke.

Until her time on the Channel 4 show, Penny said that she would never have considered working with the police given the bubble of “extraordinary privilege” she inhabits.

She said the high octane job made her feel “powerful” and that she could make a real difference in the world.

Responding to 999 calls alongside the Cambridge constabulary also provided her with a sense of purpose and job satisfaction.

Penny became determined to become enrolled for real in the police but has said that “COVID has delayed things” as she currently waits for training.

bshilliday Is ‘KUWTK’ going to end with a baby cliffhanger? Kris Jenner is teasing that allegedly reunited Khloe Kardashian and Tristan Thompson might be trying...
Read more
Celebrity

Jason Brow Things are heating up between NBA star Karl-Anthony Towns and Jordyn Woods. The Minnesota Timberwolves player joined the model in Mexico for her...
Read more
Celebrity