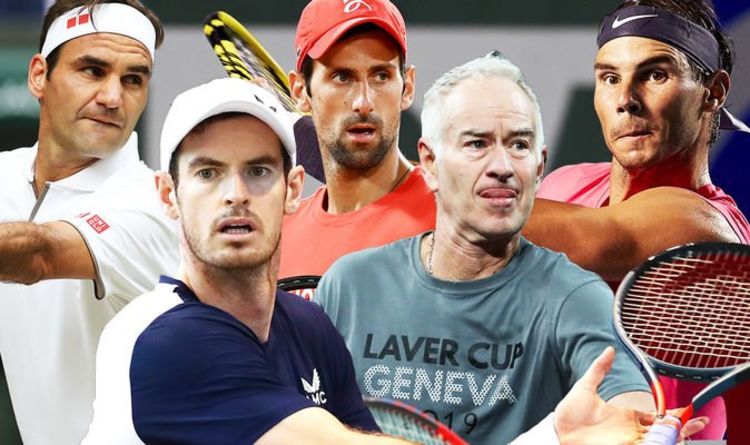 “Obviously his US Open disqualification was an accident, it was a catastrophe for him. Novak sort of made history so it’s an opportunity that’s gone by the wayside because he was probably going to win the whole thing so it is a wasted chance but how he responded afterwards, he did absolutely the right thing so he set himself up, it’s him and Thiem and Rafa.

“I’m surprised that it doesn’t seem to have affected him that much and that’s shows a lot of strength of character. It’s like a one in a million, so it’s just unfortunate but I think, no, they didn’t have any choice at that time, unfortunately.

“I think he’s very thoughtful, he comes out and says that he wants to make history and be the best of the best, which is putting even more expectation on yourself but he’s embraced that. He’s a deep thinker, he’s continually trying to work on his game. He’s been able to break himself into the two all-time greatest players and be part of that mix where you decide maybe Novak will be the greatest.

“The fact that people can even say that with Roger and Rafa around shows you how amazing a player he is. He’s always been in the shadow in a way, trying to break into that mix. I respect that, I had that a little myself – Novak is a way better player than I was but I had the same thing with Connors and Borg and trying to get that respect and be thought of in the same way. He’s been able to do that, so that shows you a lot about his character.

“I rate Novak’s chances as highly as high as Rafa’s at the French Open, yes. Normally, you’d go with Rafa but at some point, I mean he’s won it 12 times, but it seems like he’s as well set up as he’s ever been.”