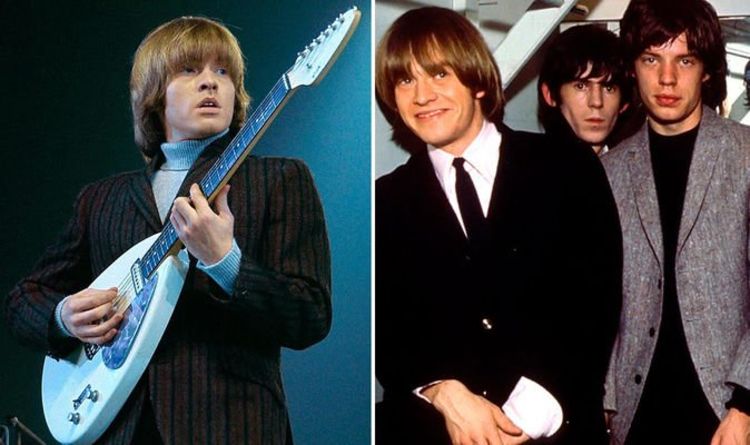 The iconic rock band have been together since 1962, but they owe a lot to founder Brian Jones, claims a new documentary. The Rolling Stones’ original leader tragically died at just 27-years-old in 1969, but producer Nick Reynolds says he basically helped make the rock stars that Mick Jagger and Keith Richards became. In an exclusive interview with Express.co.uk, producer of the upcoming film Rolling Stone: Life and Death of Brian Jones, highlighted Jones’ influence on the pair.

The producer said: “To be quite honest, they were a couple of gormless geeks.

“And Alexis turned around and said, ‘Yeah, yeah, yeah he’s good and he’s a good frontman.’

“‘Trouble is he’ll want Keith with him and he’s like a three-cord wonder boy.’ And Brian said, ‘Yeah, but unfortunately that’s the package.’”

He added: “If you look at pictures of ol’ Keith in the old days he looked pretty gormless until he ended up nicking Brian’s look completely and he nicked his bird Anita Pallenberg.”

According to an interview with Pallenberg in The Guardian, Richards saw Jones “beating Anita up and grabbed her, threw her in his car and took her back to England. So then she lived with Keith Richards.”

The producer continued: “Keith had gone from jug-eared, toothy guy to super cool pop star with floppy hat and fur coats – completely inspired by Brian Jones. Obviously, I think Anita helped – to a certain degree – with Brian’s look and his flair for fashion, but y’know Keith just took that completely.

“And that really kind of angered me to a certain degree because I think they’ve half-erased him out of history.”

Back in 2015, Bill Wyman, who was the bassist for The Rolling Stones, was “disgusted” by a plaque on the band’s founding that took attention away from Brian Jones.

Reynolds said: “Good ol’ Bill Wyman, he kind of poked his head above the parapet a few years ago.

“When in Dartford, at the railway station, a plague went up that said ‘On this date, Mick and Keith met and formed The Rolling Stones.’

“And Bill Wyman came out and said, ‘This is an absolute outrage. No they didn’t. Brian Jones formed the band. He put the band together, they answered an ad in the paper and he came up with the name.’”

ByNicole Massabrook The biggest difference between last year’s “After” and Friday’s “After We Collided” might be the R-rating. Stars Josephine Langford and Hero Fiennes Tiffin...
Read more