Romantic Vibes From the Start 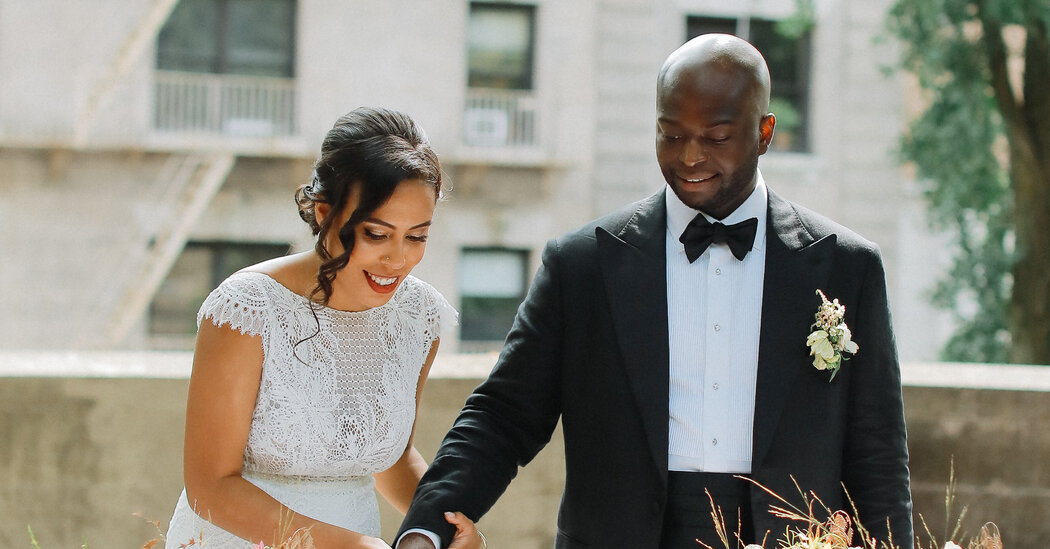 Amanda Herrera and Olujimi Akili Tommasino met through a mutual friend, Kyrah Daniels, on a move-in day at Harvard.

Although Ms. Herrera, 31, and Mr. Tommasino, who is 32 and known as Akili, were feeling the same romantic vibes as they helped Ms. Daniels settle into her dorm room in August 2010, they continued moving — in opposite directions — and would not see each other again for six years.

“We managed to maintain the most minimal amount of contact you could possibly imagine,” Ms. Herrera said. She was seeing someone else at that time, which prevented her from acting on her feelings for Mr. Tommasino, who had fallen for her before lifting the first box for their mutual friend.

“I was only supposed to move a few boxes that day, but I hung around for hours because I was very intrigued by Amanda,” Mr. Tommasino said. “Despite the fact that it didn’t work out, I just couldn’t forget her.”

Ms. Herrera said the two “always knew where the other was via social media during those six years, but we never talked or saw each other that whole time.” But she challenged Mr. Tommasino’s claim that he could never forget her.

“I tried reaching out to him via Facebook in September 2010, just a month later, joking about getting together for some yummy beers and a movie, but I never heard back from him again,” she said. “This was the same guy who was supposed to really like me and it appeared as though he had already forgotten me.”

Mr. Tommasino, now the associate curator of modern and contemporary art at the Museum of Fine Arts in Boston, put his colorful personality on display when defending his decision to not return Ms. Herrera’s call. “She was seeing someone else, so there was no sense in wasting my charm on her,” he said. “I wasn’t about to waste my time chasing something that was never really there for me in the first place.”

In March 2016, Ms. Herrera was in Chicago, studying for a Ph.D. in cognitive psychology at Northwestern when she received a phone call from a familiar voice.

It was Mr. Tommasino, who was then working full time as a curatorial assistant at the Museum of Modern Art in Manhattan and had gone to Chicago to conduct research for a 2017 exhibition he was planning at MoMA. He was completing a Ph.D. in history of art and architecture through Harvard, from which he graduated and received a master’s degree in that subject.

“I was really thrilled that he called,” said Ms. Herrera, who went on to complete her Ph.D in December 2019. She also received a master’s degree in cognitive psychology from Northwestern after graduating from Wesleyan.

He asked her out to dinner at a Portuguese restaurant there and they hit it off. Soon they embarked on a three-year, long-distance relationship.

They were married Sept. 14 at Sakura Park in Manhattan. Pastor QuanTez Pressley, a Baptist minister, performed the ceremony before 50 guests. The couple had originally planned to marry at Hacienda Siesta Alegre in Rio Grande, Puerto Rico, on March 27 before 175 guests, but that plan was derailed by the coronavirus pandemic.

And the rest, as they often say in the museum business, is history.