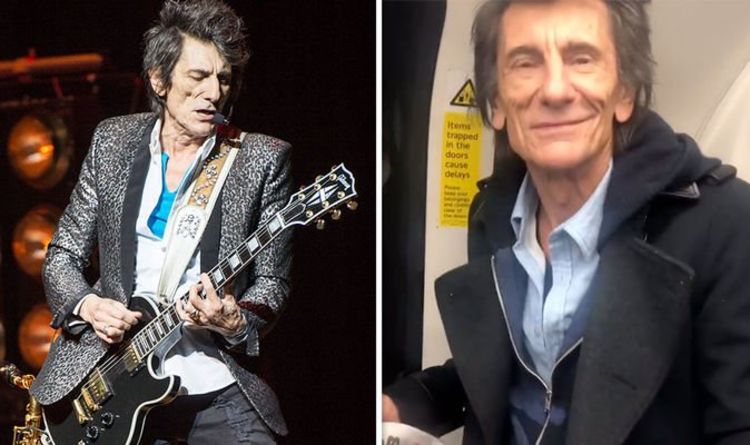 Ronnie’s appearance comes after the guitarist revealed in a candid interview that he is now cancer-free after being diagnosed with “a touch of lung cancer” in 2017.

Speaking to the Metro, he explained: “I had three months of check-ups and it was all clear and they said go and enjoy life.”

The musician said he had to have a part of his lung removed after doctors found “this supernova burning away on my left lung.”

“If your body is riddled with cancer, it’s a losing cause. Luckily, all mine was contained within the left lung and I was fortunate enough to get shot of it, bang. There was none in the rest of my body so I didn’t require chemo,” Ronnie explained.

ByAllison Swan Taylor Swift celebrated her six Grammy nominations — including one for Album of the Year for her latest record, ‘Folklore’ — with a glass of red...
Read more
Celebrity

ByClick here to read the full article on SPIN. The guitar always meant a lot to Machine Gun Kelly. Even as a solidly successful hip-hop...
Read more
Celebrity

By"I said, 'I think I might be dying!'" Chris remembered, as the studio began to laugh. He admitted something happened during the 8am news segment...
Read more
Celebrity