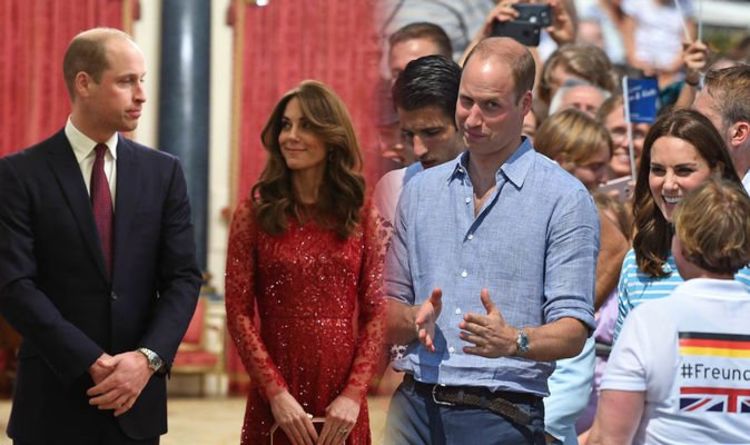 Prince William and Kate, Duchess of Cambridge, first met at university and after dating for several years, they were married in April 2011. The happy couple now have three children together, but it is not only Prince George, Princess Charlotte and Prince Louis that keep them both on their toes. So how to Kate and William keep the fires burning in their relationship?

Despite being married for nine years this year, Prince Wiliam and Kate still enjoy healthy competition when it comes to sport.

These members of the Royal Family have been known to showcase their competitive streaks during public engagements, from their dragon boat race back in 2011 to race one another at a London Marathon training session in 2017.

Reportedly, the Duchess of Cambridge was a sporting star during her time at Marlborough College.

And she is no less competitive now when it comes to playing tennis against Prince William.

READ MORE: Brexit news: Kate and William to be stripped of these titles?

She has been undertaking lessons to improve her tennis skills at the exclusive Hurlingham Club, in London meaning she is narrowing the odds of William beating her in the future.

According to Australian former world number one Rod Laver, who has sat with the couple in the Royal Box at Wimbledon, William has admitted he cannot beat Kate in this sport.

But that has never stopped the couple from bringing the competitive spirit to other parts of their lives.

But it is not only Kate Prince William has to watch out for.

It turns out their eldest son Prince George, six, has had private lessons from Wimbledon champion Roger Federer.

Last year the Swiss tennis star confirmed he had visited the home of the Duchess of Cambridge’s parents in Bucklebury, Berkshire, to coach the third-in-line to the throne.

Given that Kate who is the patron of the All England Lawn Tennis and Croquet Club (AELTC), the organisation which stages Wimbledon, it seems likely Prince William could face a challenge in the sport from all his children soon enough.

In December, Prince William showed how competitive he really is when he was caught cheating during a baking competition with his wife.

William and Kate joined former Great British Bake Off judge Mary Berry for the BBC show A Very Berry Christmas, during which the lifelong baker decided to test their skills.

The couple participated in a Christmas themed baking challenge for the special, testing their abilities at making meringue roulades.

Prince William was assisted by former Great British Bake Off winner Nadiya Hussain but in a bid to win the couple resorted to cheating, such as Prince William rolling his roulade “while Mary’s not looking” and Kate continuing to decorate when the time was up.

During the show, Mary Berry decided that she could not pick a winner.

She said: “It’s a draw. I don’t want to quarrel with either of you. Well done for being so sporting — I know you’re both very competitive.”