Prince William, 38, and Prince Charles, 71, were captured grinning side by side in an informal new photo shared to mark the Duke of Cambridge’s birthday on June 22. The picture was taken by William’s wife Kate, Duchess Cambridge at Sandringham last December and is uncharacteristically casual as far as royal portraits go. 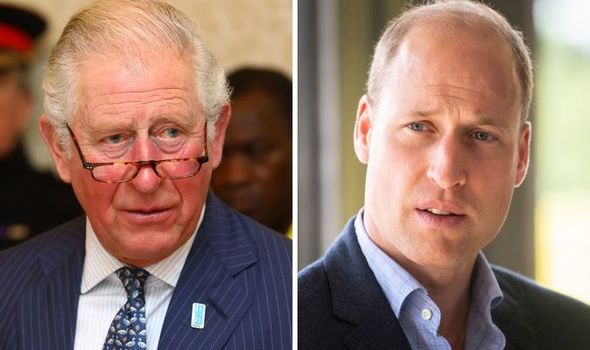 The father and son are both dressed in outdoor attire and William has an arm affectionately resting around Charles’s shoulders.

While there is no official confirmation as to whether Charles could hand the crown straight to William when Queen Elizabeth II dies, this has not stopped royal watchers from speculating.

At 72, Prince Charles is the oldest heir apparent in British history and as the Queen shows no sign of stepping down at 94, he likely to be of a considerable age when the time comes for him to accede the throne.

A body language expert has claimed the dynamic between Charles and William as captured in the new photo may hint he is “handing over the reins.” 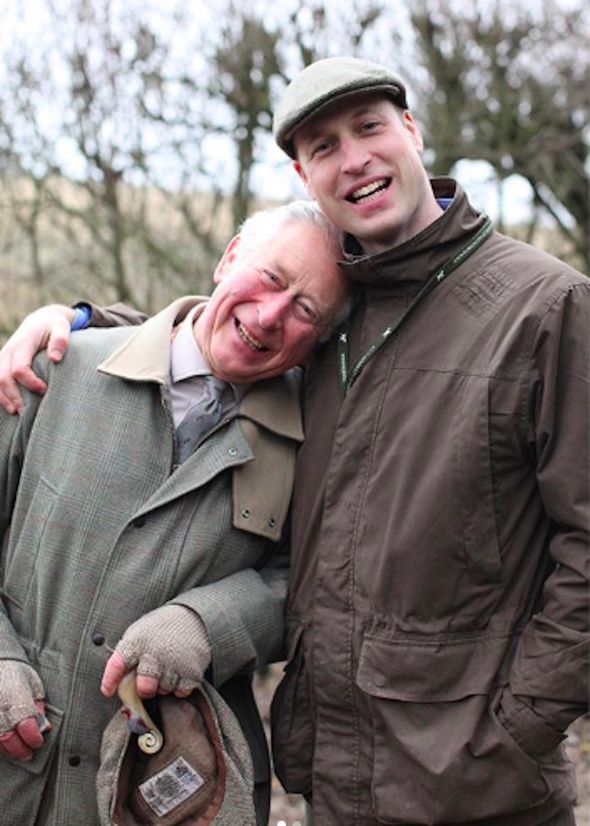 Energy reader Alison Ward told Express.co.uk: “As Charles leans into William, he is saying ‘over to you son, you can lean on me, I’ve got your back.”

She added: “It makes you wonder if Charles is handing over the reins to William when the Queen is no longer our Queen.”

According to Alison, the “revealing” picture shows the royal father and son’s special bond.

She added: “This is William being in his power and showing the public what he is willing to share.

“The picture of him with his Dad, Prince Charles is so natural, loving and revealing.”

The energy reader added: “They clearly have a comfortable relationship with shared humour and interests, you can see that in their attire of course and also their facial expressions.”

Despite the speculation, it remains highly unlikely Charles will hand the crown straight to William given the abdication of King Edward VIII is still a black mark on the Royal Family’s history.

When Prince Charles becomes king, Prince William will inherit some of his royal titles including the dukedoms of Cornwall and Rothesay.

Royal expert Iain MacMarthanne explained: “When Charles inherits the throne the Duke of Cambridge will automatically become Duke of Cornwall and Duke of Rothesay amongst other titles that are assumed by the heir to the throne.

“As his wife, Catherine will become Duchess of Cornwall and Rothesay.

“These new dukedoms will be in addition to that of Cambridge already held.”

Prince Charles is currently also known as the Prince of Wales but it is possible this title will not be passed to William.

Mr MacMarthanne added: “The title of Prince of Wales is not assumed automatically by the heir to the throne and remains within the gift of the monarch.”

“In the case of Charles, his mother the Queen created him Prince of Wales in 1958.

“In the event of the duke of Cambridge being made Prince of Wales, Catherine would automatically become Princess of Wales.

“Likewise, with the succession of William, Catherine will become Queen Consort.”

Prince William is understood to have spent a quiet birthday at Anmer Hall with his wife Kate and their three children – Prince George, six, Princess Charlotte, five, and Prince Louis, two.