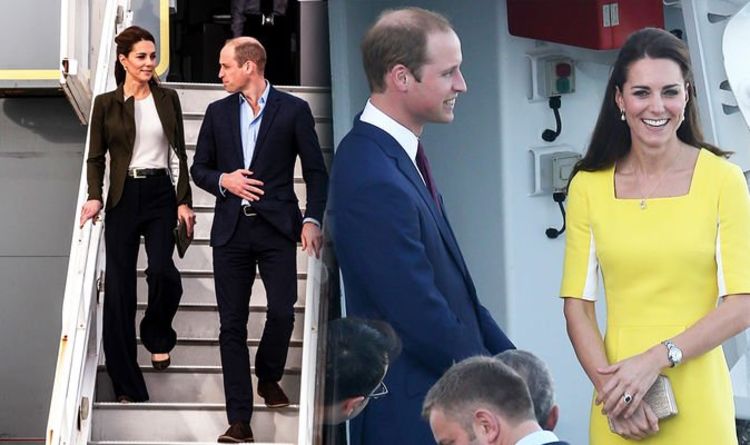 “Yet I have no envy for the Royal family.

“Their visits to world-famous sites rarely last more than 40 minutes, and the chances are they will never return.”

The amount of time spent at each destination is even decided as much as a year in advance.

According to Town & Country, a royal tour can take “up to a year to plan”, with ensuring everything is squeezed into the itinerary taking a top priority.

“Royal tours used to span months, but these days it’s more economical to cover more engagements in less time, so the royals will never be away longer than two weeks, and customarily they attend around four engagements a day,” an expert told Town & Country.

However, there may be some downtime for the Royals.

The report adds there is some wiggle room for “maters of personal interest”, though this largely tends to include charity work rather than relaxing on a beach or hiking a mountain.

One thing the Duchess of Cambridge is known to indulge in on every tour is her love of photography.

Writing about Kate’s first-ever royal tour with William, to Canada in June 2011, Moody wrote in her book: “Since she has always been a keen photographer, she took her own Canon camera to snap some personal images.”

Meanwhile, Prince William also has a hobby of his own which he once dedicated trips to.

“I don’t know what it is about bikes, but I’ve always had a passion for motorbikes ever since I was very small,” he said.

“I used to do a lot of go-karting when I was younger and then after that, I went on to quadbikes and eventually motorbikes.”

However, speaking at the Isle of Man TT Race in 2018, he explained it was a hobby he didn’t indulge in quite as frequently these days.

“I miss the big trips, for me, biking was always about being with everybody else.”

ByMarie FazioThe Carnival Sensation was sailing in international waters off the Florida coast on Saturday when crew members spotted a crowded 36-foot boat that...
Read more