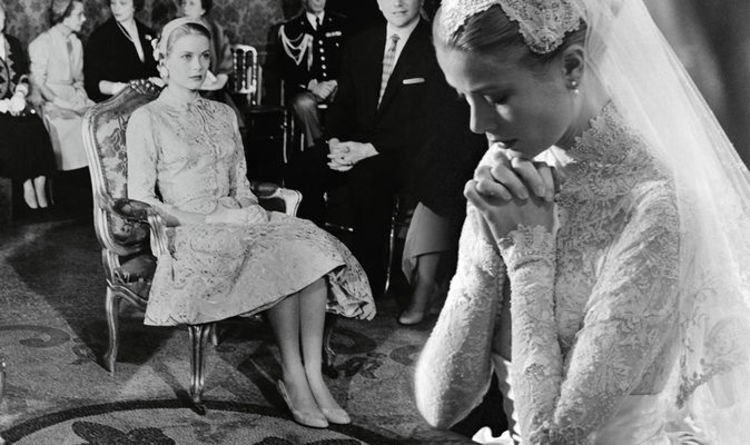 Following the ceremony, the couple made a brief appearance before celebrating with a short reception.

But Grace didn’t want to spoil her big moment at the Cathedral by unveiling her dress a day early.

So instead, the former actress chose a different outfit – and it wasn’t white.