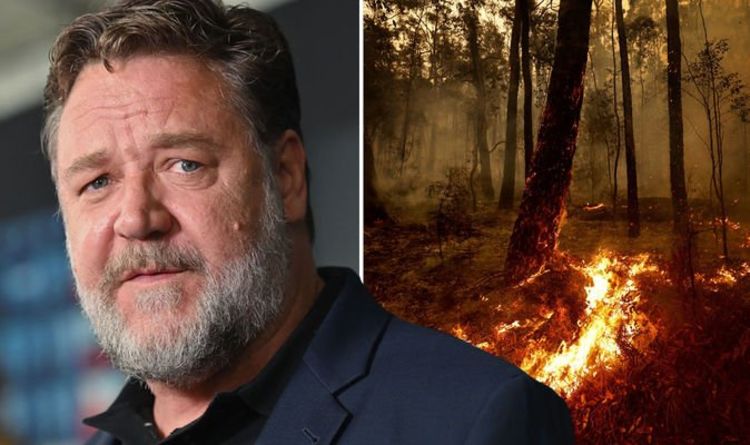 Russell Crowe, 55, didn’t make an appearance at this year’s Golden Globes ceremony and remained in Australia as the wildfires continue to rip through his homeland, according to Variety. The 2020 awards have seen the actor nominated for Best Actor for his role as Roger Ailes in Showtime and Sky miniseries The Loudest Voice.

Variety reported the actor opted to remain in his native country due to the current devastation that have seen Australia set ablaze.

Russell posted to his official Twitter account in November that the fires had reached his family home, but they were all safe.

A total of 24 people have been killed and almost 2,000 homes have been destroyed as the bushfires continue to ravage through three of Australia’s states.

Ecologists at the University of Sydney estimate around 480 million animals have perished in the flames, and some only native to the country are at risk of extinction.

And, as the wildfires continue to gain international traction, there have already been calls for Hollywood’s rich and famous to lend a helping hand and continue to help raise awareness in order to combat climate change.

Ahead of the ceremony, the Hollywood Foreign Press Association president Lorenzo Soria pleaded: “If there’s a way we can, not change the world, but save the planet, maybe we can get the Golden Globes to send a signal and draw attention to the issue about climate change.”

On top of Russell’s nomination at last night’s Golden Globes, The Loudest Voice was nominated for Best Miniseries or Television Film.

It consists of seven episodes, and focuses on Russell’s character Roger, the rise of Fox News and how he moulded the news broadcaster into one of the “most powerful, influential media propaganda networks in history”.