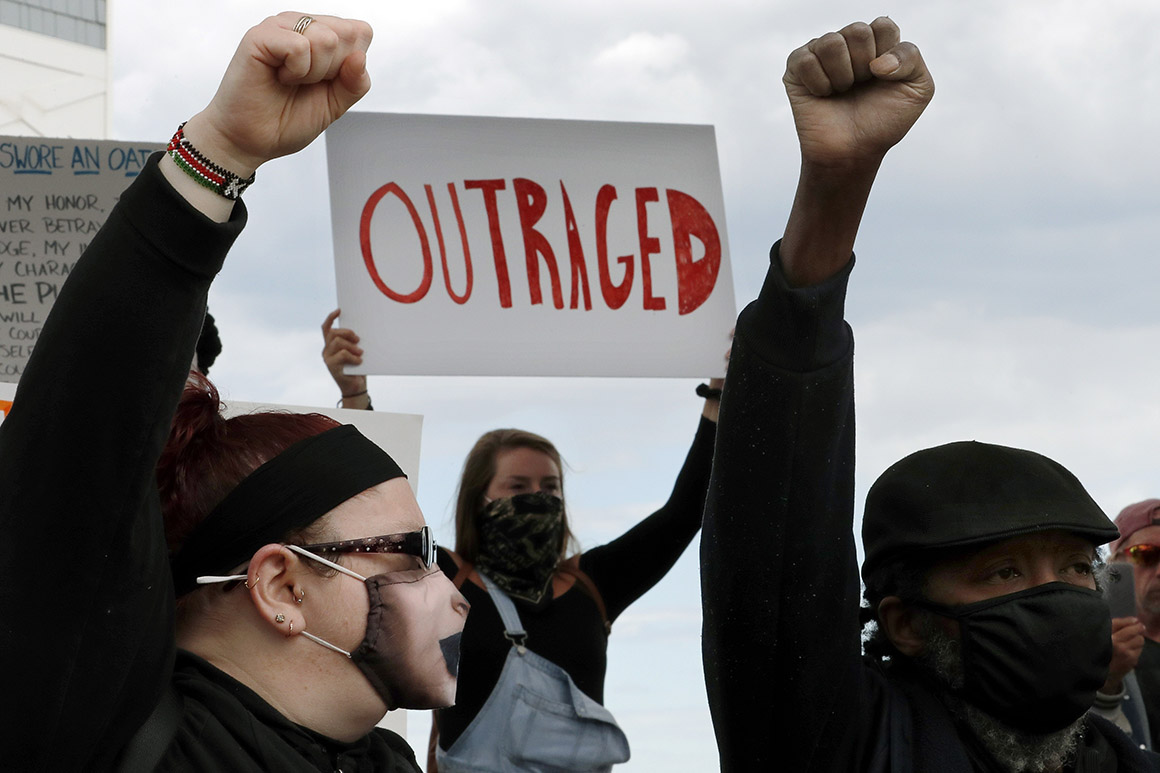 “Russia is doing right now what Russia always does,” said Bret Schafer, a media and digital disinformation fellow at the German Marshall Fund of the United States’ Alliance for Securing Democracy, a think tank in Washington. “But it’s the first time we’ve seen China fully engaged in a narrative battle that doesn’t directly affect Chinese interests.”

Over the last three days, Chinese ambassadors, Russian-backed news outlets and others with ties to Russia and China have tweeted more than 1,200 times about the United States, often using hashtags like #BlackLivesMatter and #Minneapolis, according to a review of social media activity by POLITICO.

That represents the most mentions of any country, even Russia or China, since May 30, and four of the top 10 hashtags over that period from Russian and Chinese Twitter users whose messages mentioned the U.S. were associated with the ongoing violence, based on an analysis of Twitter data from the Alliance for Securing Democracy.

In online messages, often linking to videos of the recent violence, these digital actors have sought to portray the U.S. as a country on the brink, often highlighting perceived hypocrisy of Washington’s recent scolding of Beijing and Moscow for their civil rights abuses when parts of America are engulfed in flames and violence.

One of the most-shared social media messages from any official Russian or Chinese account, for instance, came from Hua Chunying, spokeswoman for China’s foreign ministry.

On May 30, she posted a message that said, “I can’t breathe” over a photo from the official U.S. State Department spokeswoman’s harsh words toward China’s treatment of Hong Kong. The phrase “I can’t breathe” has become a rallying cry for those in the U.S. protesting the police’s treatment of Floyd. The message from the Chinese official has been shared more than 8,000 times.

The Spanish-language version of RT, the Kremlin-backed media outlet, has also been one of the most active social media actors since the crisis began, posting regular updates that depict the U.S. as a country on the edge. Its most-shared post came on May 30 when it linked the recent violence to Malcom X, asking if U.S. law enforcement was still mistreating African Americans. The message has been shared more than 1,200 times.

Redfish, a Berlin-based media outlet whose funding also comes from Russia, has similarly posted regular updates from its Twitter handle about the U.S. protests, including a video of the Minnesota protests on May 31 that has been shared 3,400 times. “This is what an uprising looks like,” read the tweet.

While these official social media accounts have not posted doctored images or false information, they have sowed divisive content — a strategy that Russia previously used during the 2017 Catalan referendum in Spain and the 2019 European Parliament election, according to previous analyses of social media activity by POLITICO. The goal, according to disinformation experts, is to foment distrust on both sides of the political spectrum rather than publishing easily identifiable fake social media posts.

With Beijing starting to flex its muscles on Western social media platforms, many of its officials are becoming bolder in how they use Twitter.

Li Bijian, China’s consul general in Karachi, for instance, retweeted a video from CGTN, a Chinese state-owned media outlet, showing two university students being forcibly removed from a car by police during a recent protest in Atlanta. Despite Beijing’s own strong-arm tactics, particularly against the country’s Uighur minority, the Chinese official wrote: “Excessive force by police #US.”