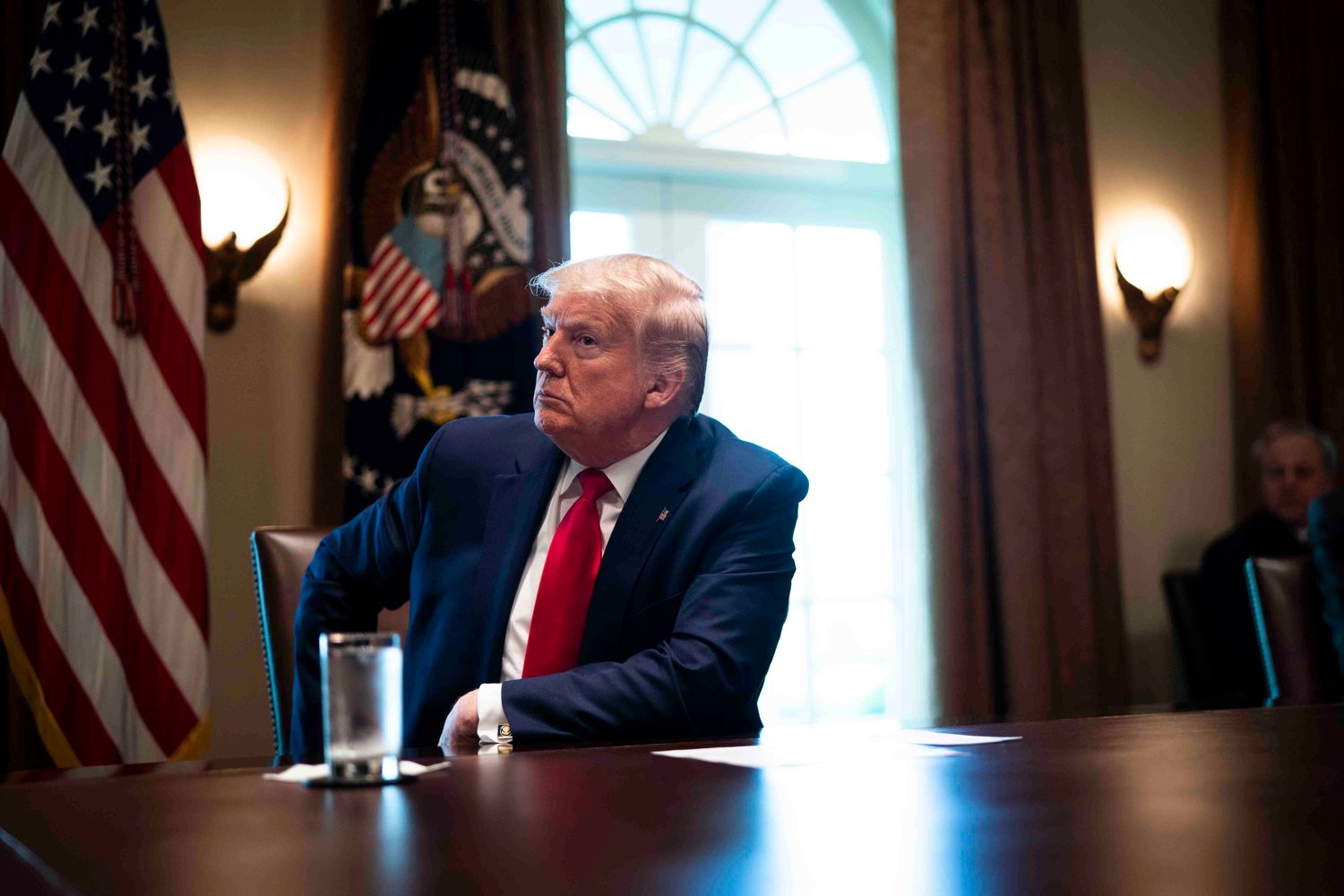 Another former CIA analyst, Cindy Otis, pointed out that not all “briefings” are equal: Some get cut short or scrapped, others get interrupted and others still get delegated to senior staff. That’s why briefers provide written documents as well, she said.

It’s not the first time some in the administration have sought to deflect blame onto Sanner, a 30-year CIA veteran, for Trump’s lack of serious attention to an issue. Unnamed national security officials told the New York Times in May that Sanner had downplayed the threat of coronavirus when she first briefed Trump on the matter in late January—an accusation Trump echoed in a May tweet, claiming his briefers “only spoke of the Virus in a very non-threatening, or matter of fact, manner.”

O’Brien has said he first briefed the president on the dangers the coronavirus posed to the United States on Jan. 23. Around that time, public news reports were describing China’s harrowing ordeal with the mysterious new virus — including the complete lockdown of Wuhan, a city of more than 11 million people, that same day. One week later, by Jan. 30, the World Health Organization had declared a “public health emergency of international concern.”

Doug London, a former senior CIA officer who retired in 2019, underscored that Sanner’s job is not to redirect the president’s attention to a topic he doesn’t show interest in — particularly given Trump’s tendency to respond negatively to information in his daily intelligence briefings that presents Russia in a bad light.

Veterans of the Trump administration have described a president prone to explosions of anger when the subject of Russia arises; even former national security adviser John Bolton, not known to be shy, confesses in his new memoir that he never asked Trump for his personal assessment of Kremlin leader Vladimir Putin, “perhaps afraid of what I might hear.”

A former White House official told Politico this week that they “don’t remember a thing that involved Russia that people were comfortable discussing with the president. Even at the most senior level, at the Cabinet level, it would be like drawing sticks to see who would have to raise a Russia issue with him.”

London said it is ultimately Ratcliffe, O’Brien and CIA Director Gina Haspel who “own” what should be brought to the president’s attention. “They are the ones failing us,” he said, adding that “it’s absurd” to blame the omission on Sanner.

“Where does the buck stop?” he said. “Not with a briefer, but with the president and his inner circle.”

In response, CIA Press Secretary Tom Barrett said, “Officials with access to the current intelligence picture should be the ones who make these types of determinations — not outside observers.”

The PDB is also shared with a range of national security officials, including the secretaries of State and Defense, Priess said. “At its smallest, it could be held to six to 10 people,” he noted. “But it’s likely far broader. At a maximum, in the Obama administration, the PDB was going to 40-plus people.”

Rep. Abigail Spanberger (D-Va.), a former CIA case officer who was one of nearly a dozen Democrats who attended Tuesday’s briefing at the White House, said the dispute over whether Trump was briefed orally or in writing is “mincing words.” Even an oral briefing, she said, doesn’t necessarily indicate the president absorbed the information his officers provided. More important, she said, is what Trump plans to do now that he’s been briefed.

“That’s what I said to [White House] chief of staff [Mark] Meadows. We can debate some of the timelines. Did he read it? Did he not read it? None of that actually matters,” Spanberger said. “The bottom line is he knows now.”

Secretary of State Mike Pompeo, sparring with reporters on Wednesday about the Russia bounty reports, defended the administration and rattled off moves he said the Trump team had made to counter the Kremlin.

“We took this seriously; we handle it appropriately. The Russians have been selling small arms that have put Americans at risk there for 10 years. We have objected to it,” he said. “When I meet with my Russian counterparts, I talk with them about this each time: ‘Stop this.’”

The White House has known about the bounty intelligence since March 2019, people familiar with the matter said, overlapping with the tenures of Bolton, former DNI Dan Coats and Haspel. At the time, though, it was still deemed sketchy, and it’s unclear whether it made its way to the president.

But at the time the intelligence was included in the February 2020 PDB, Ric Grenell was the acting DNI, London pointed out. In a response to a tweet by Rep. Ted Lieu (D-Calif.) about the alleged bounties, Grenell tweeted, “I never heard this,” though it’s not clear whether he was referring to the intelligence broadly, or Lieu’s characterization of it.

The White House was also made aware of the CIA’s inclusion of the Russia bounty intelligence in its May edition of The Wire, according to people briefed on the matter. The Wire is a classified collection of intelligence reports that is typically disseminated among the broader intelligence and national security community.

Trump’s rejection of the written PDB is particularly notable in light of his history of wielding it, inaccurately, as a weapon against his predecessor.

“Fact–Obama does not read his intelligence briefings nor does he get briefed in person by the CIA or DOD. Too busy I guess!” Trump tweeted on Sept. 30, 2014. The next day, he questioned Obama’s chops as commander in chief over the same issue.

The White House responded to such charges at the time by saying that Obama, in fact, did read his PDB every day but didn’t always require an in-person briefing.