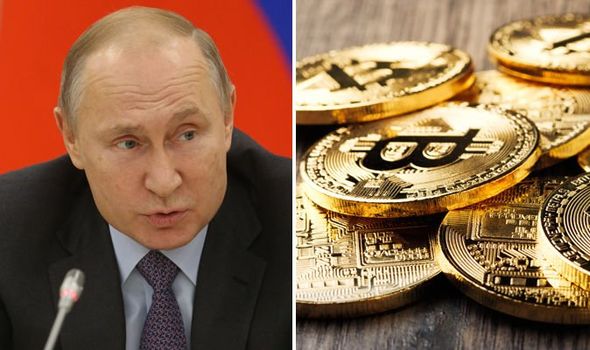 Vladislav Ginko, an economist at the Russian Presidential Academy of National Economy and Public Administration, claims Russia is braced to invest in the leading cryptocurrency after the rouble was left crippled by US sanctions. Russia was slapped with fresh restrictions in December, with the US expanding a blacklist of individuals allegedly involved in a Kremlin-backed campaign to meddle with the 2016 US presidential election. The latest sanctions targeted 15 members of a Russian military intelligence service and four entities involved in the alleged election interference, the hacking of the World Anti-Doping Agency and other “malign activities” around the world, the Treasury said. Mr Ginko was quoted in The Daily Telegraph as saying: “The Russian government is about to make a step to start diversifying financial reserves into Bitcoin since Russia is forced by US sanctions to dump US Treasury bonds and take back US dollars.

“These sanctions and the will to adopt modern financial technologies lead Russia to the way of investing its reserves into Bitcoin.”

Bitcoin, which was first released as open-sourced software in January 2009, is considered the first decentralised cryptocurrency.

Since then, over 4,000 alternative coin variants of Bitcoin have been created.

Russia is thought to have seen a surge in the original cryptocurrency, with Mr Ginko suggesting bitcoin and other digital currencies account for 8 percent of gross domestic product (GDP) in Russia.

The Daily Telegraph quote The Central Bank of Russia as saying in a statement that it “publishes information on the foreign assets management with a six-month lag”.

The bank is yet to publish any official plans.

Mati Greenspan, senior market analyst at trading platform eToro, claimed there is “definitely an interest from the [Russian] government to do this”.

A report by The Central Bank of Russia published this month revealed how $101billion in US holdings had been dumped from its reserves as it moves away from the currency in the wake of the latest sanctions.

In its place, Russia is shifting into being euros and the Chinese yuan, with $44billion being moved into each currency, according to Bloomberg.

Another $21 billion was invested in the Japanese yen. 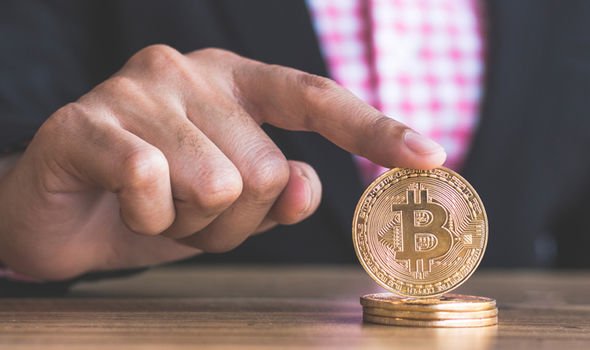 Benn Steil, director of international economics at the Council on Foreign Relations in New York, said: “Russia is making a strategic shift in its reserves towards holding fewer dollars and more assets in other currencies.”

Russian President Vladimir Putin took an angry stance at the dollar last November, claiming: “We aren’t ditching the dollar, the dollar is ditching us.”

He continued: “The instability of dollar payments is creating a desire for many global economies to find alternative reserve currencies and create settlement systems independent of the dollar.

“We’re not the only ones doing it, believe me.”