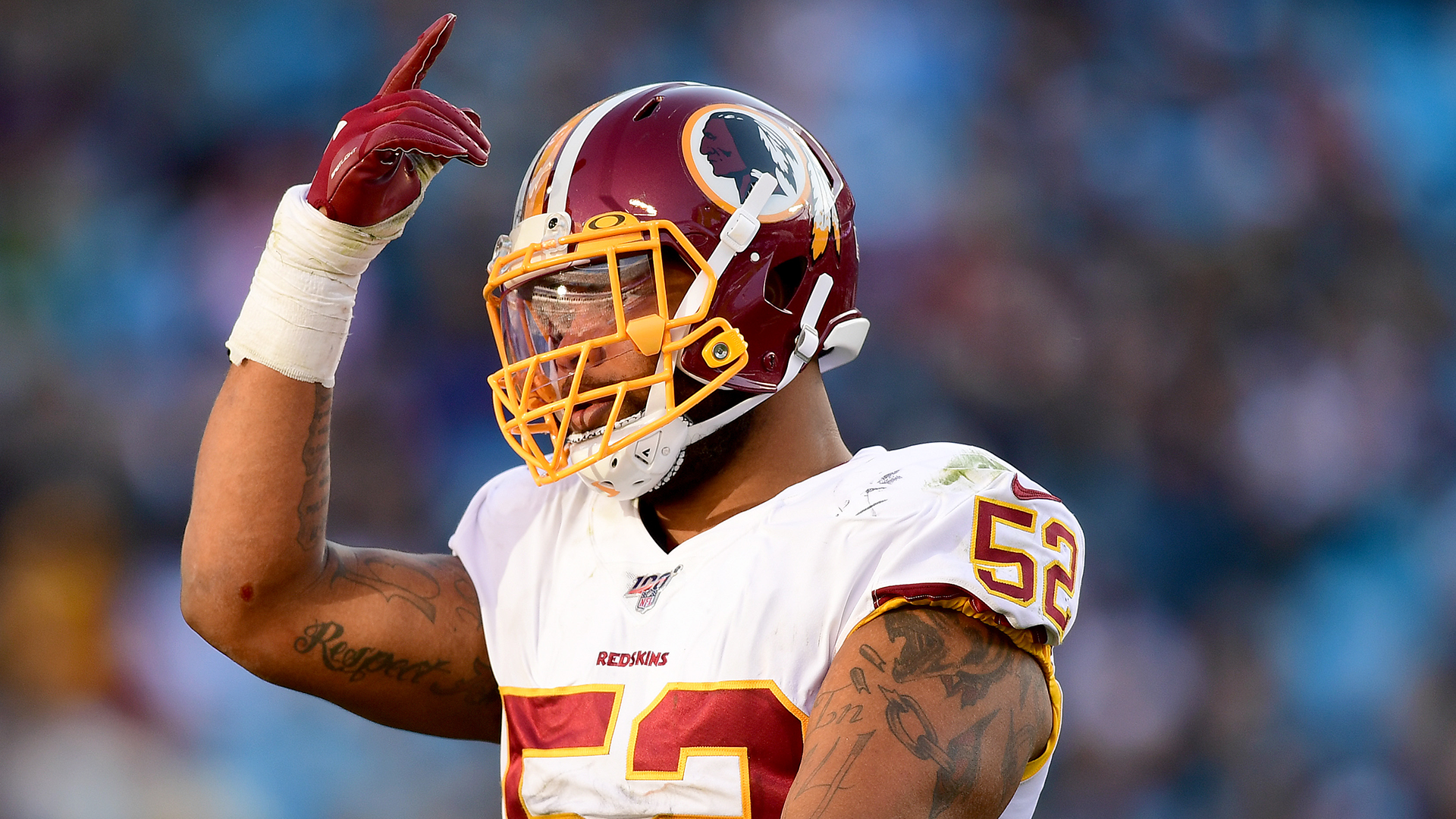 The Redskins linebacker has been in the news recently after The Athletic’s Ben Standig reported other teams were interested in him.

“If I needed a linebacker, I’d consider a fifth for Anderson,” an NFL source told Standig. “He’s good, not special, but players respect guys like him because they’re tough and play for the team. He’s produced in the NFL, unlike a rookie. He’s young, cheap and can play.”

Members of the Redskins Brawl podcast were discussing this report when former tight end Garrett Hudson shared a story. Hudson played with Anderson in 2018 and said the linebacker would hit him often during practice.

“Of the people that were on the team when I was there in 2018, I don’t think anybody hits harder than Ryan Anderson. I’ve heard him call himself the billygoat, the bulldog and the ram. And he would frequently yell those things at me after he would spear me in the chest,” Hudson said.

The former tight end then went on to tell a story that involved a concerning quote from Anderson.

“I remember a conversation in the hot tub after practice and I was like, ‘Dude, why are you going so hard all the time?’ And, this is a quote, this is verbatim, he said, ‘If I can remember my grandkids’ names then I didn’t play the game right.’ So he is a lunatic. He has the mentality to play the inside linebacker position.”

Anderson has been with the Redskins since 2017 and had his best season, statistically speaking, in 2019. He finished with four sacks while playing in all 16 games.

He is a bit of a controversial player, though, as he delivered a dirty hit to Greg Olsen last season that landed him an ejection.

As for Anderson’s future with the Redskins, Standig reports that the linebacker is “realistically” worth a sixth or seventh-round draft pick if he gets traded.