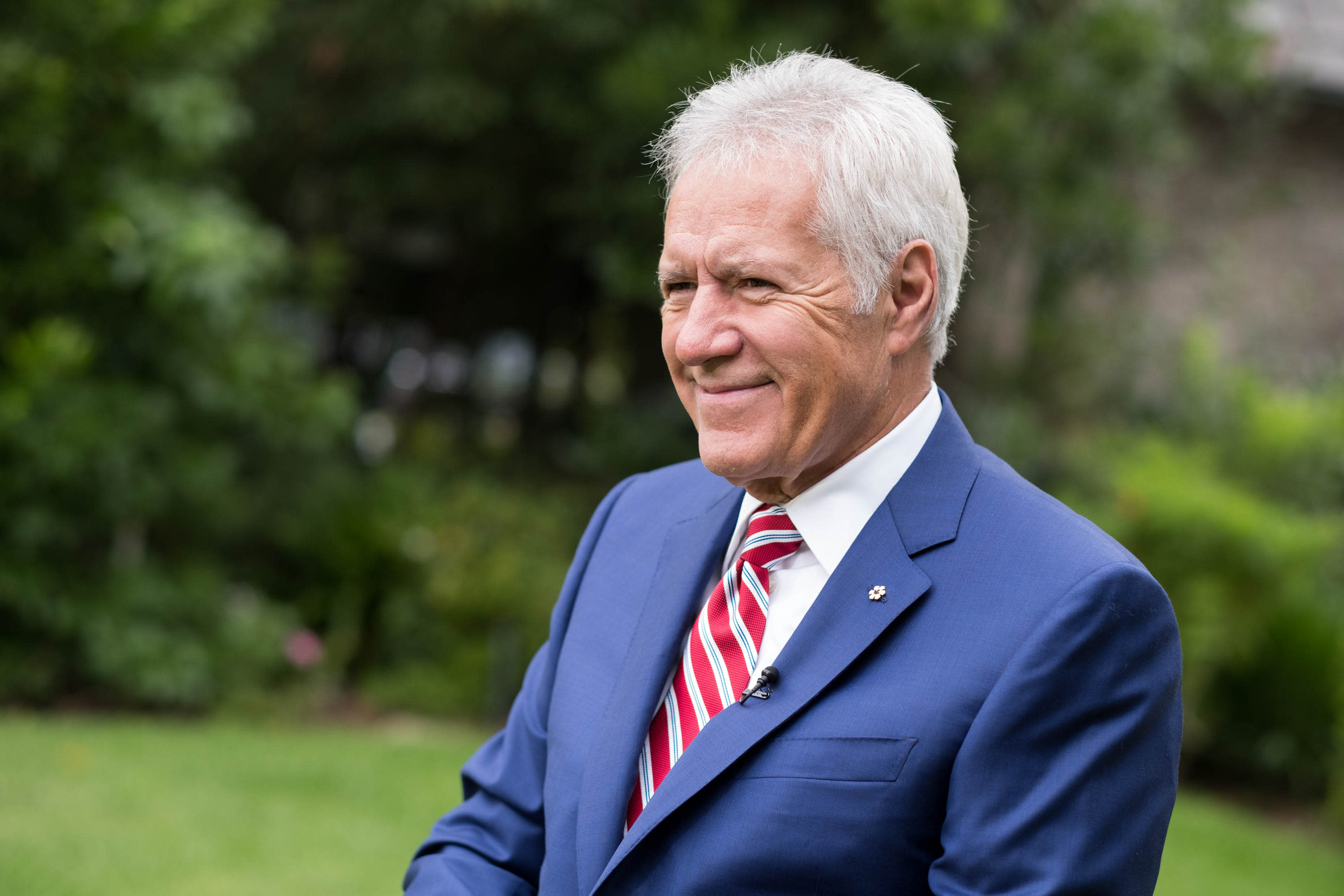 Tributes are pouring in for game show legend Alex Trebek following news of his death on Nov. 8 at age 80. The Twitter account for his long-running game show, Jeopardy!, announced that Trebek had died Sunday morning following a battle with pancreatic cancer.

Trebek’s health struggles, which he first made public in March 2019, had prompted some fans to send love and praise to him directly in the months before his death. In November 2019, a normally unflappable Trebek got emotional as contestant Dhruv Gaur used his “Final Jeopardy” response to send the message “We [heart] Yo,u Alex.” And in an episode of Jeopardy! which aired Thursday, just three days before his death, saw contestant Burt Thakur tearing up as he told Trebek how watching the show with his grandfather had helped him learn English.

“I used to sit on his lap and watch you every day,” Thakur shared. “So it’s a pretty special moment. Thank you very much.”

Upon news of Trebek’s death, Thakur, who won his game, shared a poem and wrote, “I am overwhelmed with emotion right now and my heart goes out to the Trebek family.”

Jennings, who is now a producer for the show that made him a household name, added, “I’m grateful for every minute I got to spend with him.”

Thinking today about his family and his Jeopardy! family—which, in a way, included millions of us.

Fellow “G.O.A.T.” player James Holzhauer praised Trebek as a both an “impartial arbiter of truth and facts in a world that needs exactly that” — and “an underrated rapper.”

Alex was so much more than a host. He was an impartial arbiter of truth and facts in a world that needs exactly that. He was someone you could count on to entertain you every weekday, even when his health barely allowed it. And he was an underrated rapper: pic.twitter.com/ybvp7RlvjH

Brad Rutter, another popular Jeopardy! champion, said he was “just gutted” by the sad news.

But Trebek of course also touched lives outside of the Jeopardy! studio. In a tribute from fellow Canadian Ryan Reynolds, it was revealed that the Ontario-born TV personality had filmed a cameo for Reynolds’s movie Free Guy “despite his battle.”

Alex Trebek was kind enough to film a cameo for our film Free Guy last year despite his battle. He was gracious and funny. In addition to being curious, stalwart, generous, reassuring and of course, Canadian. We love you, Alex. And always will.

I was obsessed with Jeopardy as a nerdy kid growing up in Ohio. I’ve loved and revered Alex Trebek since I can remember. What an iconic career. RIP Alex Trebek.

Deeply saddened by the passing of Alex Trebek. I was privileged to know him. As you might imagine, he quietly exuded poise, class, intelligence and overflowing warmth whenever he entered a room. He brought knowledge to the masses and made ‘smart’ cool. #RIPAlexTrebek https://t.co/9xpE7iOrku

Such sad news about Alex Trebek. He was an immense talent and a class act. My thoughts and prayers are with his family.

We mourn the loss of #alextrebek -a friend, a colleague, an icon. He graced us with warmth, wit & pure elegance, which is why we welcomed him into our homes night after night, year after year.
We are deeply saddened for his wife Jean, his family & millions of Jeopardy fans.

While Trebek is gone, his presence will continue to light up TV screens for a while yet. Sony has confirmed that episodes hosted by the iconic host, who stopped filming on Oct. 29, will air through Dec. 25, according to Variety. Plans for announcing a new host have not yet been made.