Ryanair boss says quarantine rules will be ‘dropped’ in weeks... 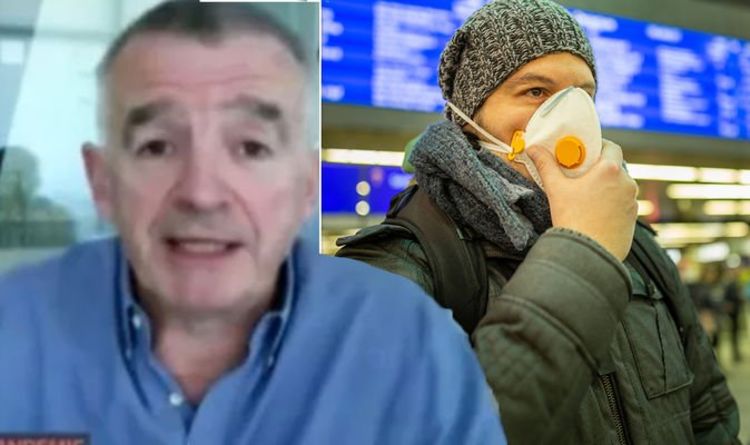 Following almost ten weeks of government-enforced lockdown, Britons are eager to get away on holiday, and Ryanair says they have seen an increase in bookings since Boris Johnson announced plans to relax current measures.

According to Reuters, Mr O’Leary said booking rates indicated that the 1,000 daily flights it plans to fly in July are already 50 to 60 percent full.

The airline is resuming its schedule to 40 percent capacity from July 1.

Mr O’Leary also voiced his confidence that quarantine regulations will not be here to stay.

Mr O’Leary also believes that passenger numbers will return to 2019 levels by next summer, and urged unions across Europe to consider pay cuts so that the airline could make fewer staff cuts and retain capacity for the future.

“I would be hopeful that the 3,000 figure would be significantly lower because of the progress that we are making on reasonable pay cuts across Europe,” he said.

He stated 25 to 30 percent of Ryanair staff have agreed to a reduction in pay and warned that bases refusing cuts could see higher numbers of redundancies.

Despite Mr O’Leary’s confidence, though, the government have said nothing about removing the current mandatory quarantine period.

At present, from Monday June 14, new arrivals into the UK will have to enter into a 14-day isolation period.

Anyone who is caught breaking these rules will face a fine.

Arrivals will be required to give their name and address details upon arrival so that authorities can trace them if necessary.

They may also be contacted regularly during the 14-days of personal lockdown.

Fines are expected to be as high as £1,000, and in some cases could result in prosecution with an unlimited fine.

Home Secretary Priti Patel said: “We will support [the sector] to find a new way to open international travel and tourism.

“We are introducing these new measures now to keep the transmission rate down and prevent a devastating second wave.

“I fully expect the majority of people will do the right thing and abide by these measures. But we will take enforcement action against the minority of people who endanger the safety of others.”

The current coronavirus regulations will be under review every three weeks.