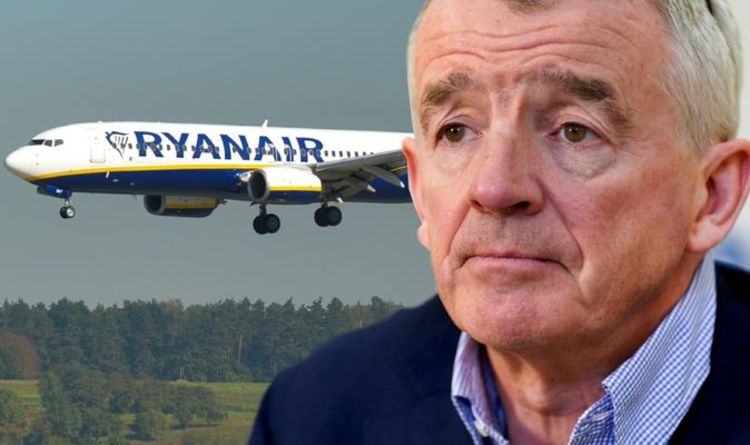 However, if flights are cancelled, then passengers will be entitled to a full refund.

“If the flight is cancelled under government direction then there will be a refund,” he confirmed.

According to Ryanair’s website: “If your flight has been cancelled you have been notified by email and SMS and given the option of a travel voucher valid for 12 months, or refund, or rebook your journey.”

Following the latest lockdown announcement, Rory Boland, Which? Travel Editor said the Government needs to do more to help travel companies provide refunds to their customers.

Though travel corridors allowed for some freedom of movement between countries, this has now come to an end under the second nation-wide lockdown in England.

Despite this, Ryanair has reported an 80 percent slump in passenger numbers during the pandemic.

The airline stated that even when flights did resume, passenger confidence and bookings for the future “were negatively impacted by the return of uncoordinated EU government flight restrictions in September and October which heavily curtailed travel to and from much of Central Europe, the UK, Ireland, Austria, Belgium and Portugal”.

The airline has already halted operations from all domestic hubs in Ireland, with the exception of Dublin, until December 12.

Rory Boland, Which? Travel Editor, said: “While Ryanair has recently made some improvements, we still get more complaints about its handling of refunds than any other airline, including from a steady stream of passengers still struggling to get their money back.

“Trust in travel has taken a battering during the pandemic and questionable claims about an airline’s performance on refunds are hardly going to help matters. Ryanair now risks adding insult to injury by refusing to refund passengers who can not fly this month because of the latest lockdown. The airline is only offering fee-free transfers to a later flight.

“Some airlines have consistently broken the rules and ignored warnings from the regulator which, without the ability to issue fines or take swift action, has been unable to enforce the law. The government must urgently review the CAA’s powers as part of its aviation recovery plan, to ensure airlines do not feel empowered to brazenly break consumer law again in the future.”