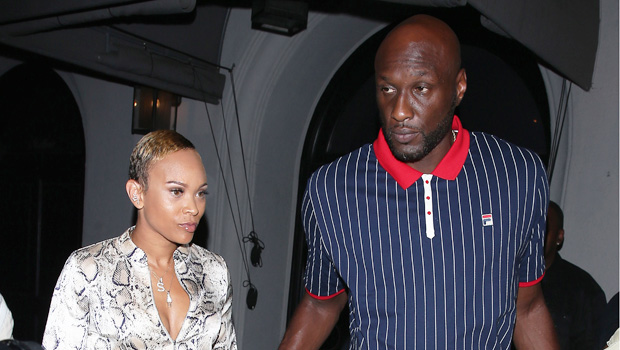 Sabrina Parr revealed that she has split from Lamar Odom after a year of engagement, claiming that the LA Lakers star is seeking ‘help.’ Learn more about Lamar’s former fiancée.

UPDATE (11/5/20, 00:12 A.M. ET): Sabrina Parr revealed that she has split from Lamar Odom, announcing that she can no longer “be by his side while he seeks the help he so desperately needs.” Sabrina didn’t dive into the specifics on what kind of “help” Lamar allegedly needs, after the Los Angeles Lakers player has previously battled with drug addiction issues (Sabrina didn’t say this was the reason, however). The surprise breakup announcement arrives a year after Sabrina and Lamar became engaged.

Sabrina revealed the news in an Instagram Story post on Nov. 4, 2020, which read, “Y’all know I’m honest and transparent so I have to be the first to let you guys know that I am no longer engaged to Lamar. This has been a difficult decision for me to make but it is the best for myself and my children. Lamar has some things that he alone has to work through. I love him dearly but I am no longer able to be by his side while he seeks the help he so desperately needs. I wish him all the best and I am asking that you pray for everyone involved….” You can learn more about Sabrina and her former engagement with Lamar below:

ORIGINAL: Sabrina Parr is Lamar Odom‘s lucky lady! The personal trainer and former Los Angeles Lakers player went public with their romance on Instagram on August 2, 2019 — and now, just four months later, they’re engaged. On Nov. 11, Lamar and Sabrina took to Instagram to reveal the happy news and they seem over the moon about getting married in the near future. “Introducing my new fiancé!! Soon to be Mrs. Parr-Odom. She the ONE!!!,” Lamar wrote on his announcement, while Sabrina said, ““I SAID YES!!!!! ???”. Want to know more about her? See what we discovered, below.

1. Sabrina Parr is a health and life coach, and a personal trainer from Ohio. — After admittedly being in a dark place in her life, Sabrina decided to change her lifestyle in order to be healthy, fit and happy. She eventually launched a results driven “MyFit” meal and workout regimen, according to her website. After garnering major success from “hundreds of testimonials” in Cleveland, Ohio, Sabrina went on to create a program for others who desire a healthier dietary and physical lifestyle, where she offers a detox cleanse, meal plans and workouts with her motto, “Getting Up To Parr”. Sabrina is also a personality on ESPN as a radio broadcaster, she states on her website.

2. She’s been married and has children. — Sabrina has shared on Instagram that she has two kids. She has also disclosed that she went through a divorce with the father of her children and that it was a “crazy marriage.” It’s unclear what happened, however, Sabrina shared a photo of her mugshot, and explained that her troubles with the law were over her marriage. “I can hear some of y’all now saying ‘omg she was in jail?? She prolly beat up some girl’ lol. That wasn’t the case in my situation. I was in a very crazy marriage!”, she wrote alongside the mugshot and a photo of her after she turned her life around. “I won’t get into too many details because we are divorced and moved on now,” Sabrina continued, explaining, “He’s a great father and I have a lot of respect for him and I’s relationship! I don’t like to say anything bad about him because that was just a time in our life we experienced!” She also added that at the time of her mugshot was taken, she was “miserable, lost, angry, hurt, unhealthy and just struggling overall just a few years ago.”

3. Sabrina is a former athlete. — She’s an award winning Five-Time All-American and two-Time State Track Champion, according to her website. Sabrina also won a state title at her alma mater Collinwood High School as an assistant coach.

5. She used to be a regular on WKNR’s The Really Big Show in Cleveland. — However, after controversial comments on air about pro football player, Jabril Peppers, Sabrina was reportedly fired.