Saffron Barker’s Strictly costume missing this detail – is that... 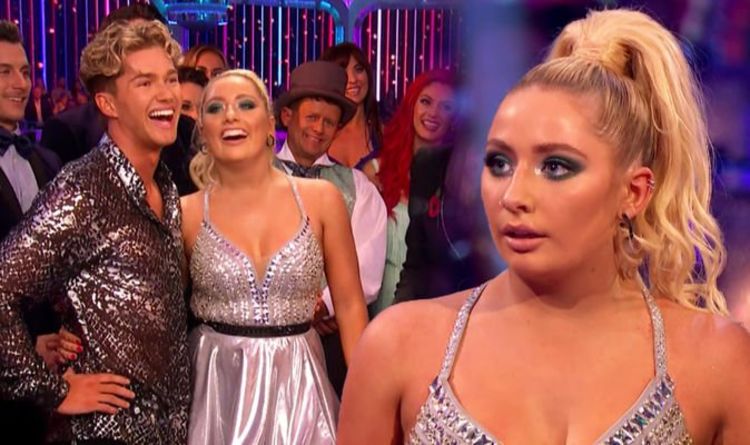 Saffron Barker is a YouTube star who has a staggering 2.24 million subscribers on the social media platform. She is currently taking part in series 17 of Strictly Come Dancing but her journey nearly came to an end last week when she landed in the bottom three. Could this be down to one detail on her costume?

Last week, Saffron and her dancing partner, AJ Pritchard scored 27 for their salsa dance which left them in the bottom three.

Before the show began, the social media star had to deal with a last minute costume change.

She wore a sparkly silver mini dress with a low-cut neckline and black pants underneath but this was not what was originally planned.

Presenter, Zoe Ball, asked: “Last week we were talking about sparkly gussets on the show, Saturday night we all tune in and big black pants. What happened to the sparkly gusset?”

Vicky replied: “To be honest, nothing drastic, we had lots of lovely young faces in our dress rehearsal on Saturday.

However, it wasn’t just the change of costume which left viewers confused and some fans commented on her missing poppy.

All other contestants wore a red poppy to show their respect for Remembrance Day.

Some social media users were concerned with the styling decision and it could have impacted her low score.

However, the Youtube star explained it was not her choice to leave the look behind and replied to the comment.

Saffron wrote: “We weren’t allowed to when we were dancing causeve our lift.”

After making it through, she took to Instagram to express her excitement at the result.

The star posted: “i really thought for a moment our strictly journey was over & i couldn’t imagine not dancing another week as I’ve fallen in love with it.

“THANKYOU so much to everybody that voted we’re only here for another week because of YOU!!”