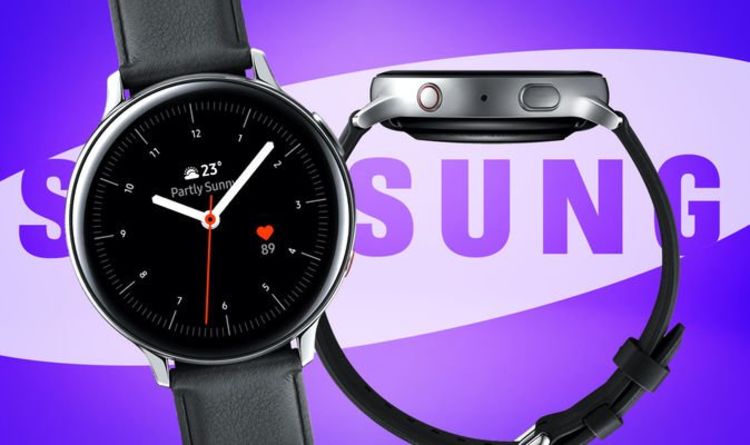 Samsung is widely-tipped to launch a new Galaxy Watch alongside the forthcoming Galaxy Note 20 and Galaxy Fold 2 at a glitzy livestream event scheduled for August – provided the South Korean company sticks with its usual release schedule despite the ongoing global pandemic.

Until now, the new smartwatch was only a rumour. However, Samsung has seemingly confirmed the existence of a new Galaxy Watch model by setting live a number of support pages for the new models on its website.

Spotted by the eagle-eyed team at Samsung-centric blog SamMobile, the new support pages purportedly confirm that there will be four variants of the upcoming Galaxy Watch. These are identified by the model numbers: SM-R840NZKAKOO, SM-R840NZSAKOO, SM-R850NZDAKOO, and SM-R850NZSAKOO.

SM-R840 and SM-R850 are rumoured to refer to two different sizes of the Galaxy Watch 3. The new wearables will be available in either 41mm and 45mm. Its predecessor, the Galaxy Watch, is available in 42mm and 46mm. So, it looks like Samsung has either managed to shrink some of the components squeezed into smartwatch range, or decided that customers prefer smaller wrist-worn gadgets.

Samsung is purportedly packing 8GB of built-in storage – twice the amount of memory you’ll find on previous Galaxy Watch entries – which means users will be able to keep twice as many songs, photos, and apps on their wrist.

The final two model numbers listed in the support pages available on the Samsung website, known as SM-R845 and SM-R855, are believed to be the 4G-compatible versions of the SM-R840 and SM-R850, respectively. That stacks up. After all, Samsung released Wi-Fi only and 4G-compatible versions of both sizes of its Galaxy Watch, so it makes sense that the company would take the same approach with its next iteration.

Elsewhere, Samsung is widely-tipped to keep its brilliant rotating bezel for navigation on the smartwatch. Although the smartwatch has a touchscreen, the easiest way to navigate around the gadget, powered by Samsung’s own TizenOS operating system, is spinning the bezel – like a Dive Watch. This keeps the screen free from fingerprints and makes it faster to whizz through long menus.

Although Samsung did briefly ditch the rotating bezels, it has now returned as a staple of the Galaxy Watch range.