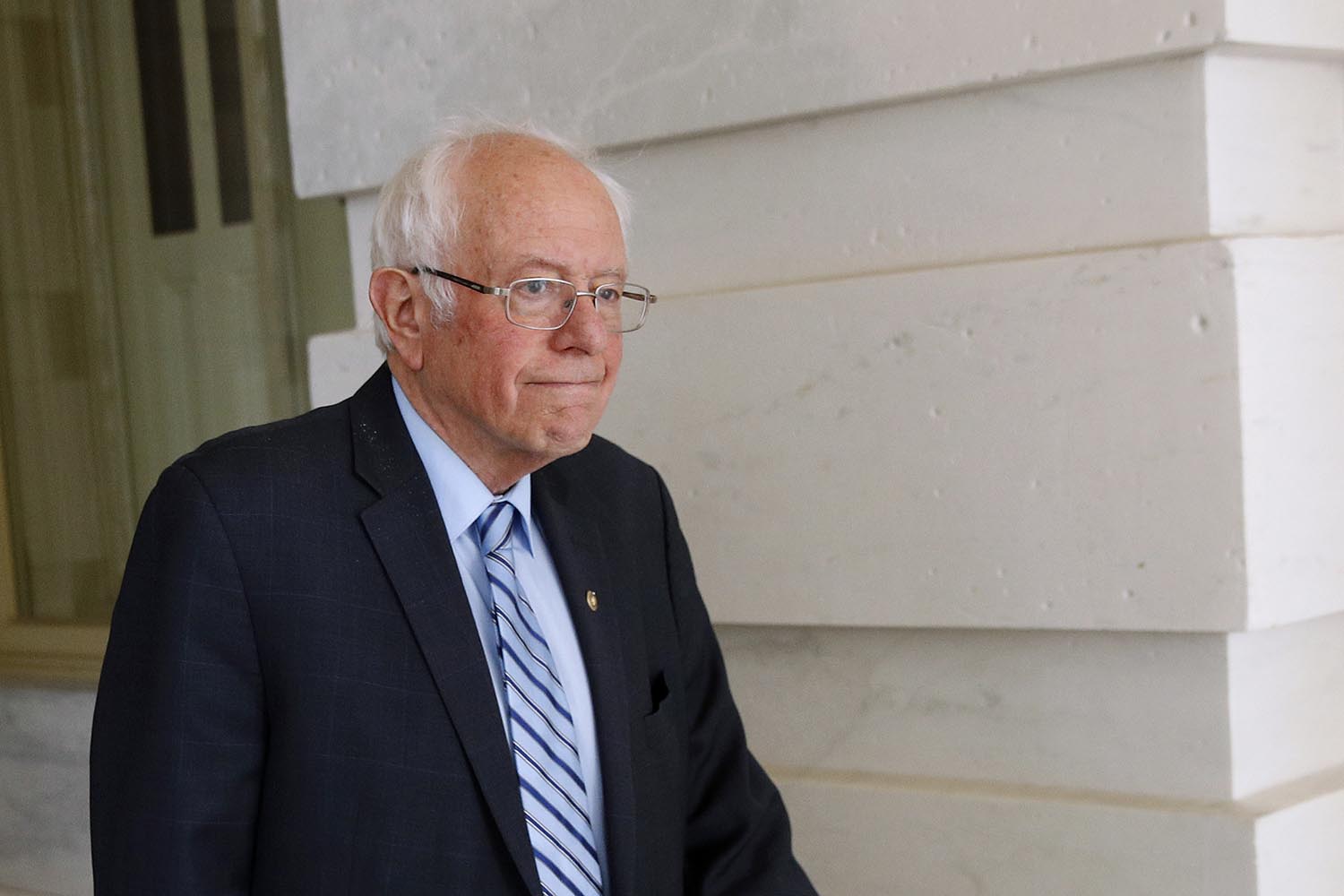 Sanders’ involvement further complicates Democrats’ health care message during the public health crisis and heading into the election. Several of the two-time presidential hopeful’s former rivals in the Democratic primary are backing his new proposal, including Sens. Elizabeth Warren of Massachusetts, Cory Booker of New Jersey, Kamala Harris of California and Kirsten Gillibrand of New York. A cadre of House progressives who complain that Pelosi’s bill doesn’t go far enough, also support a version of the bill.

Faiz Shakir, Sanders’ 2020 campaign manager, said the plan would embolden progressives to push back against the party’s establishment by “planting a clear marker down on what is the right way to address a health crisis in America.”

But leading Democrats see the subsidies for temporary workplace insurance, known as COBRA plans, as a measure that could gain bipartisan support and potentially bring relief to at least some of the almost 27 million people who have suddenly lost workplace coverage, according to Kaiser Family Foundation projections. There’s precedent for it, too, since lawmakers subsidized COBRA during the last recession. Biden has endorsed the subsidies, on top of other measures to expand Obamacare coverage.

Sanders’ allies on the left maintain the leadership-backed effort is a handout to health care special interests amid the pandemic. Rep. Alexandria Ocasio-Cortez (D-N.Y.) characterized House leadership’s bill as “crumbs for hospitals” while Rep. Pramila Jayapal (D-Wash.) said that it “does not ensure affordable health care for everyone.”

The debate has also split organized labor, with the AFL-CIO and Unite Here — representing hospitality, manufacturing and other workers — backing the COBRA subsidies while unions including the Association of Flight Attendants and the International Federation of Professional and Technical Engineers supporting Sanders.

The Alliance to Fight for Health Care — a coalition of major hospital and insurance companies, unions and consumer advocacy groups — is among the prominent groups lobbying Congress to sustain workplace health coverage.

“We’re looking at this from the consumer perspective,” the group’s leader Heather Meade told POLITICO. “If you’re in employer coverage now and you like that coverage, you’re going to want to stay with that. You’ve probably already paid a significant portion of your deductible and don’t want to start over … We also have the infrastructure to do this very quickly — unlike creating a new program.”

The group disputed characterizations from Sanders and other progressives that the program rewards private insurance companies at a high cost to taxpayers.

“It would be helpful for them to remember that it’s actually a selfless act of employers to do this,” Meade said. “This bill pays just for the premiums, and either the insurance companies or the employers would pay the claims for people who are no longer employees. So it’s a lack of understanding of how COBRA actually works. There’s no bailout here.”

Holly Otterbein contributed to this report.

- Advertisement -
Facebook
Twitter
Pinterest
WhatsApp
Linkedin
ReddIt
Email
Tumblr
VK
Previous articleElvis Presley: The moment The King got so MAD he ripped his shirt off and tore it in two
Next articleLarsa Pippen Shades Ex Scottie: Just ‘Bc I Don’t Air His Dirty Laundry Doesn’t Mean It Doesn’t Stink’