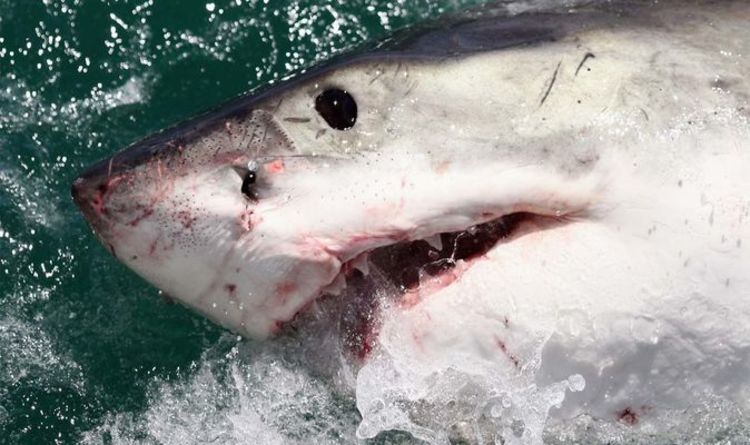 Alistair Raddon, 28, from Southampton and Danny Meggs, 22, from Plymouth were both attacked. Mr Raddon had his right foot amputated and Mr Meggs suffered bites to his right calf, with both remaining in hospital. Mr Katter, MP for Kennedy which covers almost a quarter of million square miles in northern Queensland, told The Times: “We have a right to live, we have a right to defend ourselves and more importantly our children, our loved ones, from some of the most terrible deaths that are perpetrated on human beings — being ripped to pieces by a shark or a crocodile.”

The two victims are believed to have been attacked by a bronzer whaler shark at the northern edge of the Hook Passage, which is outside of Queensland’s shark control programme.

Along parts of the Queensland coast, there are are drum lines which can often kill sharks.

In the neighbouring state of New South Wales and in Western Australia, authorities uses smart lines which see drum lines dropped daily with a baited hook to attract sharks.

An anchored buoy keeps the shark in place until it can be moved.

Mr Katter is the leader of Katter’s Australian Party, named after himself, but was previously a member of the National Party and an independent.

The party had hoped to be called the Australian Party but the Australian Electoral Commission adjudged the name to be too generic and likely to casue confusion.

He insists he was committed to the “strongest policies” to remove the threat from sharks.

Six of them have been recorded in Queensland.

Last year there were 27 attacks.

Mr Katter has previously attracted attention for his views on shark and crocodile attacks.

In 2017, after a postal vote showed support for same-sex marriage in Australia, he went viral for abruptly declaring: “But I ain’t spending any time on it because in the meantime, every three months, a person is torn to pieces by a crocodile in north Queensland.”

As reported by the BBC at the time, Queensland statistics showed 11 people had been killed by crocodiles in the state during the previous 32 years.

In October, whilst surfing off Queensland’s Bribe Island, 17 year old Riley Brown narrowly avoided being attacked by a shark.

Mr Brown was knocked off his surfboard.

When he arrived at shore, he spotted a large bite mark on his board.