Save our shops and high streets, says columnist Mindy Hammond 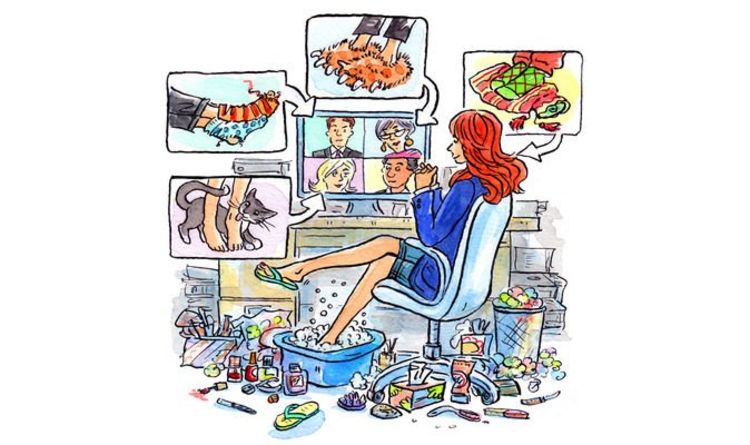 There’s no doubt every household has changed over the past few months and we all have a new “normal”, whether it’s playing the role of teacher as well as parent, resigning ourselves to a life of isolation for the sake of our health, working from home or providing desperately needed care, support and services during lockdown.

At Christmas, none of us would have believed the world would be locked into a real-life sci-fi movie a few months later, yet here we are, all hoping for a vaccine, or better yet, a cure to set us free. In the meantime, we simply have to make the best of it – of course we do, we’re British.

And even though we had to wait a while before being allowed to visit parks and public spaces, how much did we appreciate them when they were reopened? Goodness knows, it’s a treat to blob on the sofa in front of a film occasionally, but when serial TV-watching had turned so many eyes square, the sun was shining and the great open spaces calling, the nation crowded to them.

And it made me think… isn’t it human nature to want what we can’t have? And isn’t that particularly true of children? How often have we heard of kids addicted to computer games or begging their parents for the latest electronic gadget? But now, maybe like many adults, their eyes have been opened to the world around them; the world we all took for granted as being accessible, even though many of us didn’t take advantage of it?

People flocked to beauty spots, went for long walks and began to recognise their neighbours in the street, when previously they might have spent an hour in the gym, never so much as glancing at the person on the machine next to them, let alone thinking of saying hello.

I heard that more people are expected to work from home permanently. And because so many meetings have been held by video call, everyone has embraced the technology and it has become the norm. So, even when we hear the all clear, hopefully we will carry on tapping into meetings on-screen (who doesn’t love looking businesslike from the waist up, while sitting in shorts and flip-flops?).

Will that influence the billions set aside for new, superfast rail links? Who knows, but surely it will affect the number of commuters using trains, planes and automobiles?

It saddened me a little when some of the experts predicted a hastening of the end of the high street as we know it, because we will all be conditioned to buy everything online. I had a nightmare about Ross-on-Wye being swallowed up by a hypermarket, with only the church spire preserved, sticking out like a dropped ice cream cornet from the centre!

The NHS coronavirus contact tracing app is finally available for Android and iOS users living in England and Wales after months of delays. The...
Read more
Lifestyle

Other supermarket giants have also said that panic buying is not needed and creates a tension in the supply chain which leave result in...
Read more
Lifestyle

[Pangyo, the Silicon Valley in Asia] Exosystems, a Healthcare Device Company for Rehabilitation of Patients with Musculoskeletal Diseases

ExoRehab helps the elderly and people with sarcopenia to use their muscles without relying on expensive medical devices.    LOS ANGELES, CA, September 24, 2020 /24-7PressRelease/...
Read more