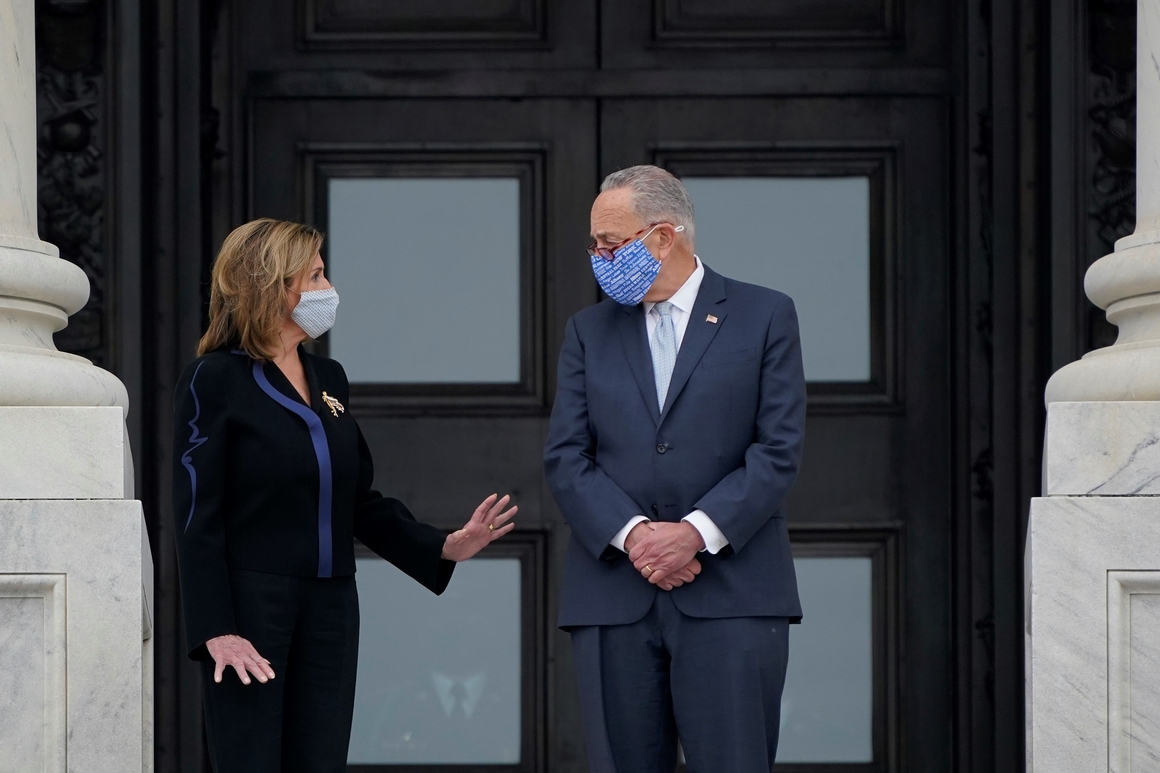 Many statements from Democratic candidates and sitting senators on Saturday mentioned the potential demise of the Affordable Care Act as a primary reason to go after Barrett. And while national polls may be on Democrats’ side in pushing the nomination until after the election, it will be difficult to shake Barrett’s support. GOP leaders say she essentially already has the votes to be confirmed before the election.

Schumer acknowledges that difficulty, but says outside pressure could make the difference. It will begin Sunday, when progressive groups will hold a rally at the Supreme Court in opposition to Barrett taking the seat of late Justice Ruth Bader Ginsburg.

“Given Senate Republicans‘ monomaniacal drive to fill this vacancy as quickly as possible, the best way to defend those rights is a bipartisan majority that will refuse to vote on a Supreme Court nominee before the election,” Schumer said. “This will not happen on its own. It requires public pressure on Senate Republicans. Health care remains the best way to keep the pressure up.”

Schumer is trying to net at least three seats in the fall Senate races to take back the majority.

Some Republicans acknowledge health care has been a liability for the party politically. The GOP campaigned for years against the Affordable Care Act, only to fall short in repealing it. The Trump administration now backs a lawsuit that could gut the law even as it talks about preserving protections for pre-existing conditions.

“That’s been kind of a silly thing to pursue when we’re all publicly saying we’re for covering pre-existing conditions,” said Sen. Mike Braun (R-Ind.). “It gives them too much political fodder to work with, that we’re wanting to get rid of Obamacare, which its whole essence was to cover pre-existing conditions and no caps on coverage. That’s been a strategic error on the part of Republicans.”

That lawsuit could be among the first orders of business for Barrett if she is confirmed before the election.