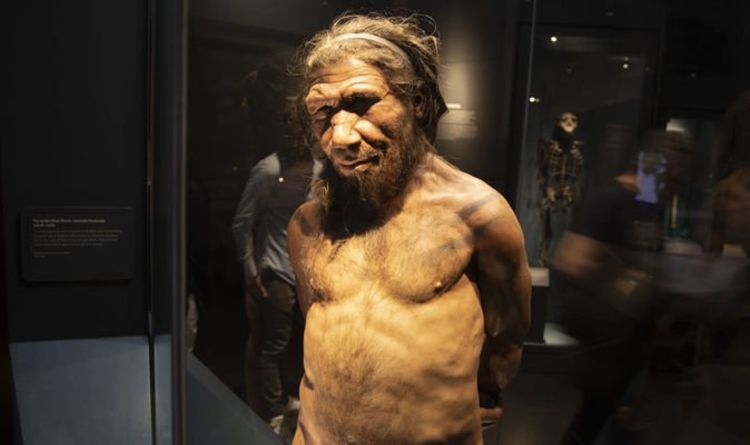 The “ghost population” – a group of ancient humans thought to have lived in Africa about half a million years ago – had their genes found by scientists in modern-day humans. Traces of the unknown ancestor emerged when researchers analysed genomes from west African populations and found up to a fifth of their DNA appeared to have come from missing relatives.

Published in the journal Science Advances, geneticists explain how they think the ancestors of modern west Africans interbred with the hitherto undiscovered archaic humans tens of thousands of years ago.

If this is true, it would prove to be similar to the mating of ancient Europeans with Neanderthals.

Sriram Sankararaman, a computational biologist who led the research at the University of California in Los Angeles, revealed the extent of the unknown DNA.

He said: “In the west Africans we looked at, all have ancestry from this unknown archaic population.”

The world was once home to many related species and subspecies of human.

When these different species crossed paths they would sometimes mate.

As a result, many modern Europeans carry a smattering of Neanderthal genes.

The analysis suggested that it had in every case.

The scientists then went on to scour the African genomes for chunks of DNA that looked different to modern human genes.

This allowed them to pull out sequences that most probably came from an ancient relative.

Then, by comparing these with genes from Neanderthals and Denisovans, the scientists concluded that the DNA had come from an unknown group of archaic humans.

Mr Sankararaman said: “They seem to have made a pretty substantial impact on the genomes of the present day individuals we studied – they account for 2 percent to 19 percent of their genetic ancestry.”

Of the four populations studied, two came from Nigeria, and one each from Sierra Leone and the Gambia.

Despite the findings being far from definitive, the scientist’s best estimates suggest the “ghost population” split from the ancestors of Neanderthals and modern humans between 360,000 and one million years ago.