Scientists In Washington State Have Trapped Their First Murder Hornet 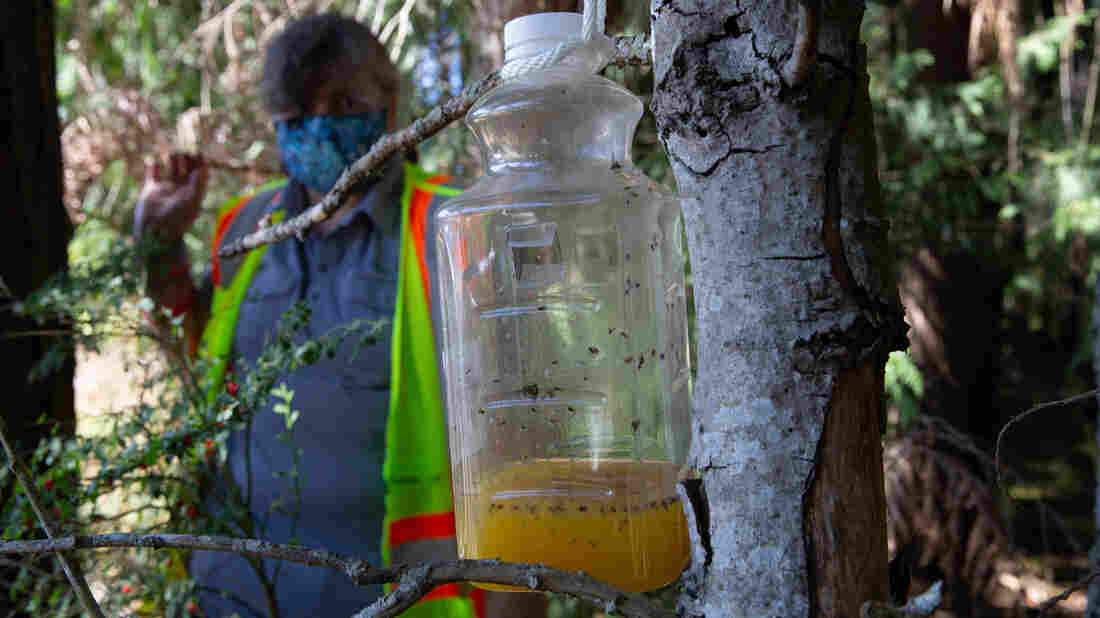 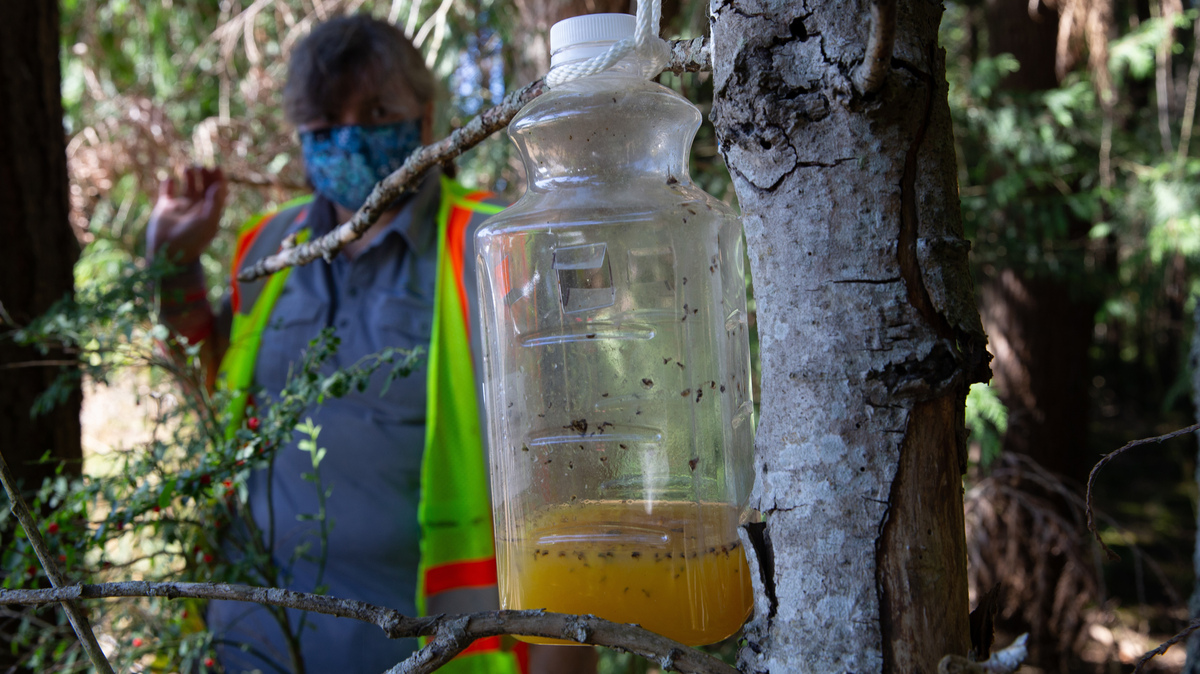 A bottle containing orange juice and rice cooking wine is set as a trap by Jenni Cena, pest biologist and trapping supervisor from the Washington State Department of Agriculture, in an effort to catch Asian giant hornets, also known as murder hornets, on July 29. Asian giant hornets attack and destroy honeybee hives.

The Washington State Department of Agriculture announced Friday that it trapped its first Asian giant hornet on July 14, a step forward in the race to remove the invasive species before it damages North American bee populations beyond repair.

“This is encouraging because it means we know that the traps work,” Sven Spichiger, the managing entomologist for WSDA, said in a press release. “But it also means we have work to do.”

Also known as murder hornets, they are about the size of an average thumb and they have sharp, serrated jaws and stingers that can pierce through denim jeans. It “kind of seems like someone just stitched together a bunch of nightmares and just ran with it,” entomologist Samuel Ramsey told NPR’s Short Wave in May.

According to the WSDA, the hornets could have “negative impacts on the environment, economy, and public health of Washington State.” In Japan, they kill up to 50 people a year. Experts are also worried about their presence in North America because they eat bees and destroy their colonies, an alarming sight on a continent already grappling with a rapidly declining bee population. When these hornets are finished attacking, they can leave what amounts to piles of bees with their heads torn from their bodies.

While the species is new to North America, bees in the hornets’ native habitat in Japan have developed a way to fight back. Murder hornets hunt by sending out a single drone, who scouts potential hives and returns to its colony to recruit more murder hornets to attack the bees. Japanese bees can coax that first scouting hornet inside their colony, where an entire squadron of bees is ready to drop onto the hornet and cover it completely.

“They all start vibrating their flight muscles and they actually create so much heat in this process that they cook the hornet, and the carbon dioxide that’s produced in the process also totally can suffocate the hornet as well,” Ramsey said. “It’s a pretty remarkable ability that they create a convection oven in nature to kill their enemies.”

Bees in North America can’t do that, though. In the fall, colonies begin reproducing queens and drones, so the WSDA hopes to destroy all of the murder hornets in the area by mid-September to prevent the spread of the invasive species.

Now that the department knows its traps work, staffers are going to search for murder hornet nests using infrared cameras, and place more traps around the area that will keep these trapped hornets alive. If the hornets stay alive in their traps, WSDA researchers will be able to track them back to the colony and eliminate them in one swoop.

staronline@reachplc.com (Lottie O'Neill) A conspiracy theorist claimed he stole a truck so he could rush to a "meeting with space aliens ". Bryce Jerald Dixon reportedly...
Read more
World

The young boy was infected with the disease in a rural village in Menghai county, Yunnan. The case of the deadly disease was reported in...
Read more

Ryan Lizza In the fall of 2016, he shrewdly used the policy issues of immigration, trade, and Obamacare, and the personal issues of alleged corruption,...
Read more

Jenna Lemoncelli And, baby makes 3! Patrick Mahomes and Brittany Matthews are expecting their first child together, the couple revealed on Instagram on Se.t 29!Patrick...
Read more