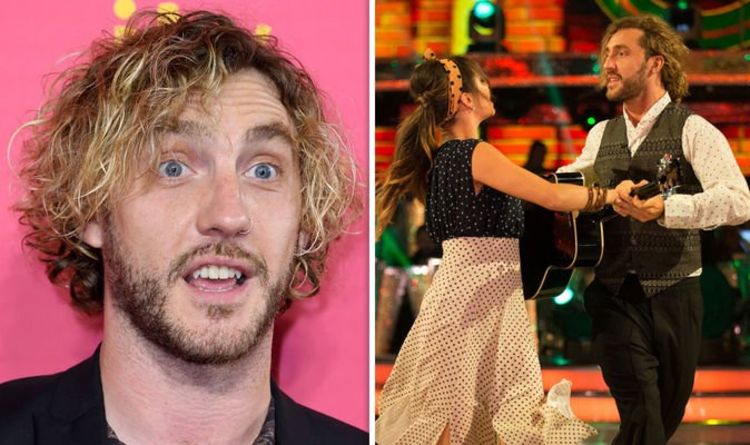 Comedian and former Strictly competitor Sean Walsh, 34, has spoken about the backlash he received after being photographed kissing Strictly pro Katya Jones, 30, outside a Marylebone pub last year. He said he “didn’t deserve it”.

Speaking on Richard Herring’s Leicester Square Theatre Podcast, he said that he had enjoyed Strictly up until it all “went very, very wrong”.

“I was the having the time of my life… And then it all went, very very wrong.”

Richard asked him about the huge amount of publicity he received after the pictures emerged.

READ MORE: Eamonn Holmes explains Christmas u-turn “I need to be there for her”

The comedian said he had “served his time” and was now ready to defend his actions.

He said: “I would say that… you know, no one wants to hear me sort of stick of for myself, but I wish I’d stuck up for myself more.

“And I think I’ve served my time. It’s been a tough year, mentally, and I lost a lot out of it, personally, but also job-wise I lost a lot of opportunities.”

He continued to say that the negative reception he received from the press “wasn’t fair”.

“And it’s traumatic. I’m very conscious of going, god do I look like I’m looking for sympathy? I don’t want to. These are just the facts.”

His lengthy discussion about the incident went on, with Seann said the negative attention left him feeling “paranoid” when riding the London underground.

He explained: “It was so strange. All the hatred that would be chucked your way online, and on the comments pieces and stuff like that.

“That was weird, sort of losing that control of who you are… You know, it does affect me.

“In London, you see someone on the Tube and they recognise me and you just get so paranoid of what their idea of you is. Which bit have they read? Do they care? You sort of live in paranoia and fear.”